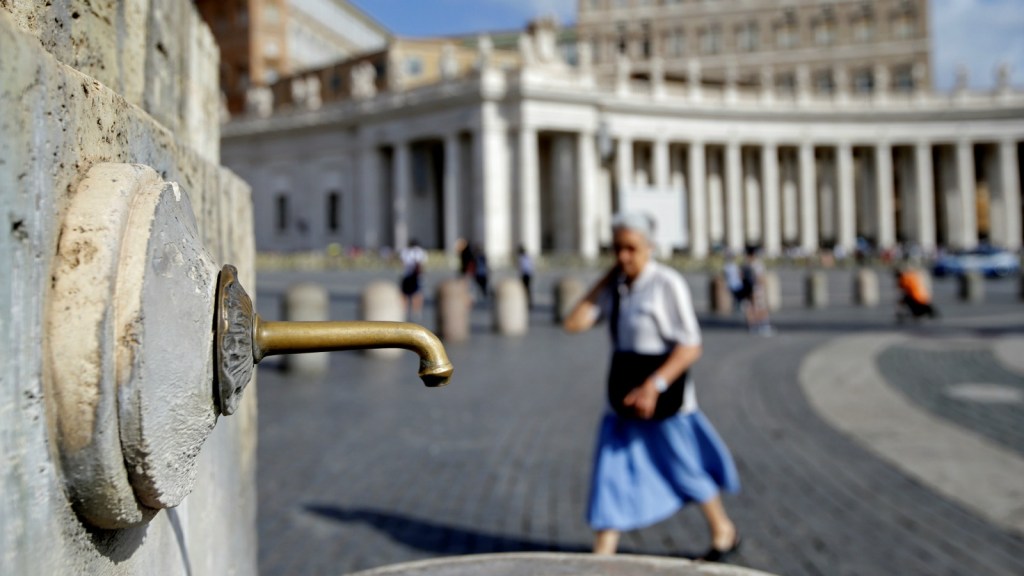 Rome, once known for flowing water, is now running dry.

The Eternal City’s water utility, Acea, had proposed cutting off water to 1.5 million residents for eight hours a day starting on Monday. The city avoided that fate on Friday when the central government allowed the city to keep drawing from a drought-ravaged lake.

The summer heat is partly to blame for the water shortage. Much of Western Europe has been sweltering, with heatwaves stoking fires in Portugal and setting record temperatures in France. Italy is suffering through one of its hottest, driest, wildfiriest times in history. Several regions have declared a state of emergency or asked for relief from the climate change–fueled drought, which has already taken a $2.3 billion toll on the country’s farming industry.

Rome’s other problems are making things worse. The city’s aqueducts are chronically leaking. Diminished snowpack on nearby mountains means less meltwater to replenish its aquifers. Rome had planned to stop drawing from one of its big sources of fresh water, Lake Bracciano, which has sunk nearly six feet in the last two years.

City officials have switched off iconic fountains and lowered water pressure, causing residents to lug buckets up the stairs to their apartments. Nearby small towns have already resorted to rationing, the New York Times reports.

Minus a drought in the Dark Ages, clean drinking water has been constantly flowing through Rome for millennia. Now, it looks like things are changing (the climate certainly is).

Kate Yoder
Pittsburgh’s tap water might not be safe to drink.
The Dutch are building bike lanes from used toilet paper.