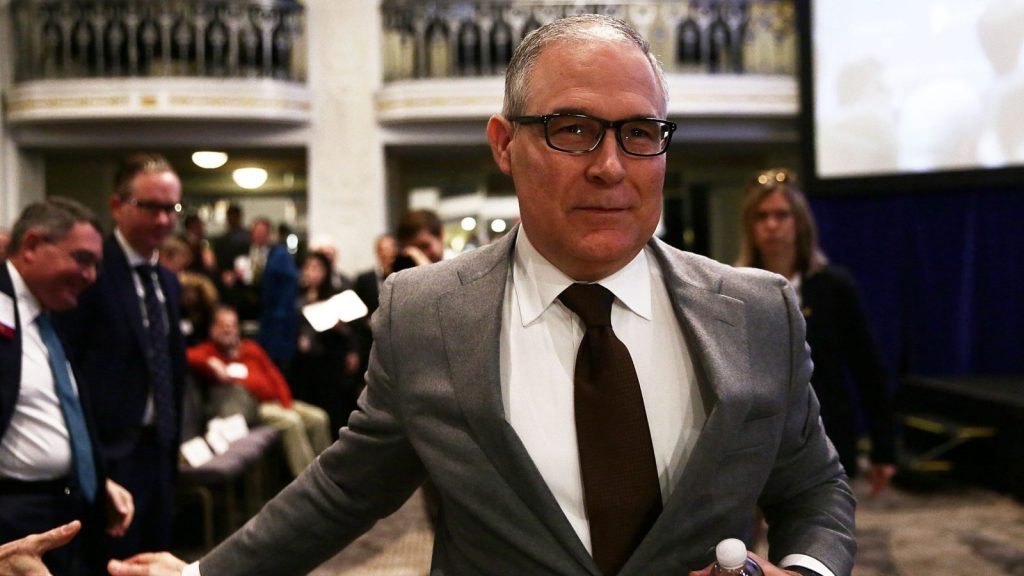 The EPA administrator told friends and associates that he is “very interested” in Jeff Sessions’ attorney general job, Andrew Restuccia reports for Politico.

President Trump has had a strained relationship with Sessions, and two conservative lawmakers have asked Sessions to step down over his handling of the Russia investigation. Given the high turnover rate of Trump officials, speculation over Sessions’ possible departure has swelled.

The EPA denied rumors that Pruitt, Oklahoma’s ex-attorney general, is vying for Sessions’ position. A spokesperson told Politico that Pruitt is “solely focused on implementing President Trump’s agenda to protect the environment.”

Huh. Are you sure “protect” is the right word? Under Pruitt, the EPA has pretty aggressively rolled back environmental policies.

This gets too little attention – the environment is where Trump is having the biggest impact. pic.twitter.com/MCVKBQ8XG5

That effectiveness has apparently made Pruitt a favorite of Trump’s.

Pruitt’s purported ambition doesn’t end with aspirations of becoming attorney general: Sources close to him say he has “toyed with the possibility of running for president someday,” Politico reports.

In the meantime, Pruitt appears to be protecting his reputation by operating under invisibility cloak–like secrecy. Just imagine the kind of soundproof room he’d require in the Department of Justice or the White House.