Scott Pruitt and the White House are still bickering over his pet project: Superfund. - Grist 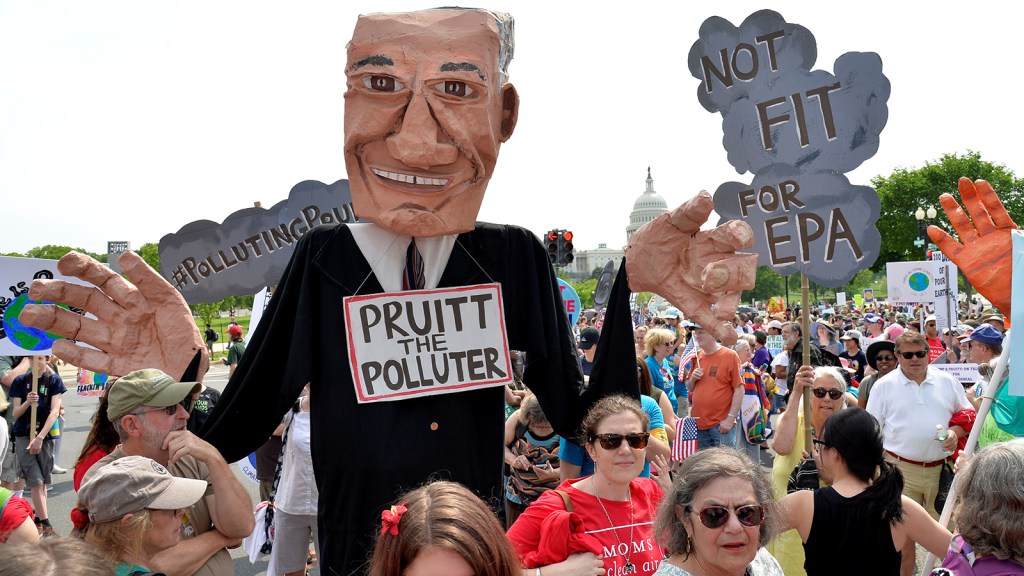 Scott Pruitt and the White House are still bickering over his pet project: Superfund.

The memo doesn’t announce any large changes but sets forth that “cleanup efforts will be restored to their rightful place at the center of the agency’s core mission,” a sentiment building on prior comments from Pruitt. In March, he called the program “absolutely essential.”

The White House begs to differ. The Trump administration plans to slash the already insufficient Superfund from $1.1 billion to $762 million. In 2009, the EPA had spent $3 billion on its most contaminated sites, just a fraction of the total. There are currently over 1,100 sites on the cleanup priority list.

Pruitt’s declared dedication to Superfund is noteworthy, considering his cozy ties to industry and combative attitude toward corporate environmental regulation. Many sites were left contaminated by operations from chemical plants, smelters, and other unregulated industrial activities.

The EPA has showcased an April visit to lead-contaminated East Chicago as an example of Pruitt’s commitment to Superfund sites and the communities in which they’re located. But Pruitt’s reception there was less than warm: He was met by protests challenging the EPA’s unsatisfactory assistance.