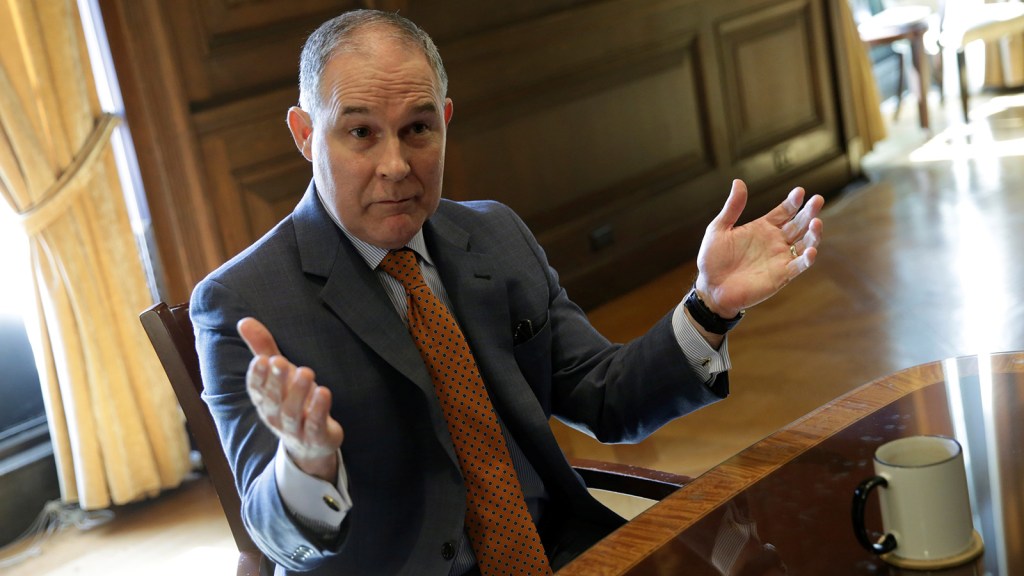 During a Thursday interview on a Texas radio show the EPA administrator said his agency wants objective science to buttress its mission. Sounds like something Pruitt and scientists can agree on, right?

Not exactly. Right after endorsing peer-reviewed science Pruitt dropped this: “Science should not be something that’s just thrown about to try to dictate policy in Washington, D.C.”

Experts at NOAA, the Department of the Interior, and Pruitt’s own agency have said they think science is exactly what policy should be based on.

On air, Pruitt touched on his usual topics: Superfund, how the Paris Agreement is a bad deal for the U.S., and, of course, CO2. The radio station’s meteorologist asked Pruitt why the country has such a preoccupation with the greenhouse gas. “It serves political ends,” Pruitt said. “The past administration used it as a wedge issue.”

Besides the conflicting statements on science, it was a pretty classic Pruitt interview. But we can finally put one burning question to rest about our newish EPA administrator: Does he separate his trash into the proper bins? “I have,” Pruitt said coyly. “I have recycled.”