Scott Pruitt is making nice with EPA employees, but big changes are to come. - Grist

The calm before the storm 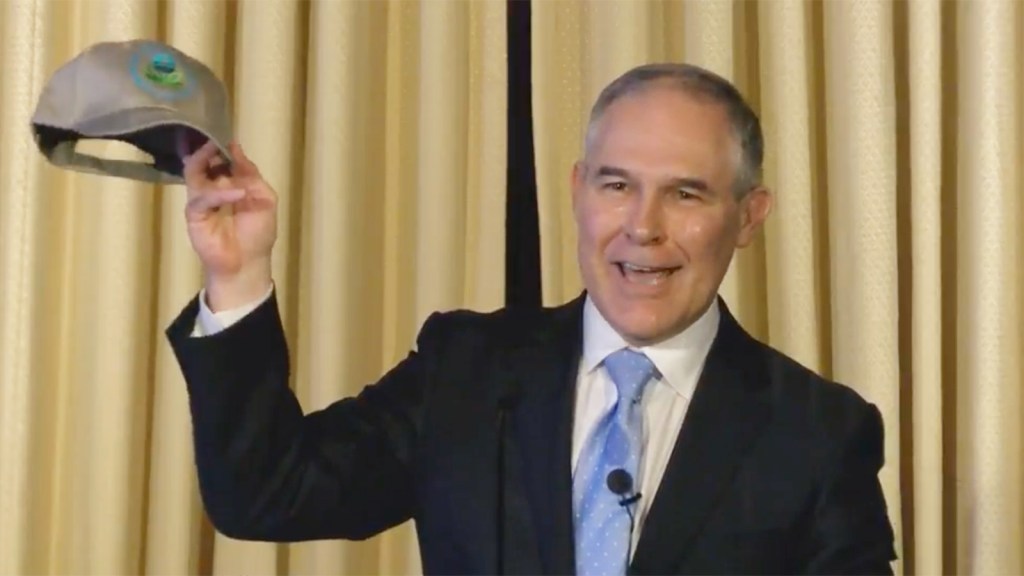 Scott Pruitt is making nice with EPA employees, but big changes are to come.

On Tuesday, he stood in front of a room full of those employees and made his first address as administrator of the agency. Pruitt accepted welcome gifts (an EPA lapel pin and baseball hat), expressed appreciation for the staff, and insisted he would have his ears open to them. “You can’t lead unless you listen,” he said.

In his brief address, he made no mention of the toxic pollution threatening Americans’ health, but did decry the “toxic environment” polluting modern politics. He talked of working across the aisle and called for civility and “being problem solvers.”

Pruitt also lobbed subtle barbs at the agency’s past leadership, saying EPA needs to avoid abuses. “Regulations ought to make things regular. Regulators exist to give certainty to those we regulate,” he said. (Last week, he was even more critical of the Obama-era EPA, telling the Wall Street Journal that it had “disregarded the law.”)

But Pruitt made no mention of what’s likely to be big news this week: Trump is planning to sign executive orders that would start the process of rolling back two major EPA regulations: the Clean Power Plan, one of Obama’s signature climate programs, and the Waters of the U.S. rule, which regulates pollution in smaller bodies of water.

Emma Foehringer Merchant
On Sunday, hundreds of scientists took a break from doing science to rally in support of it.
A California legislator is pushing the state to get all of its electricity from renewables.