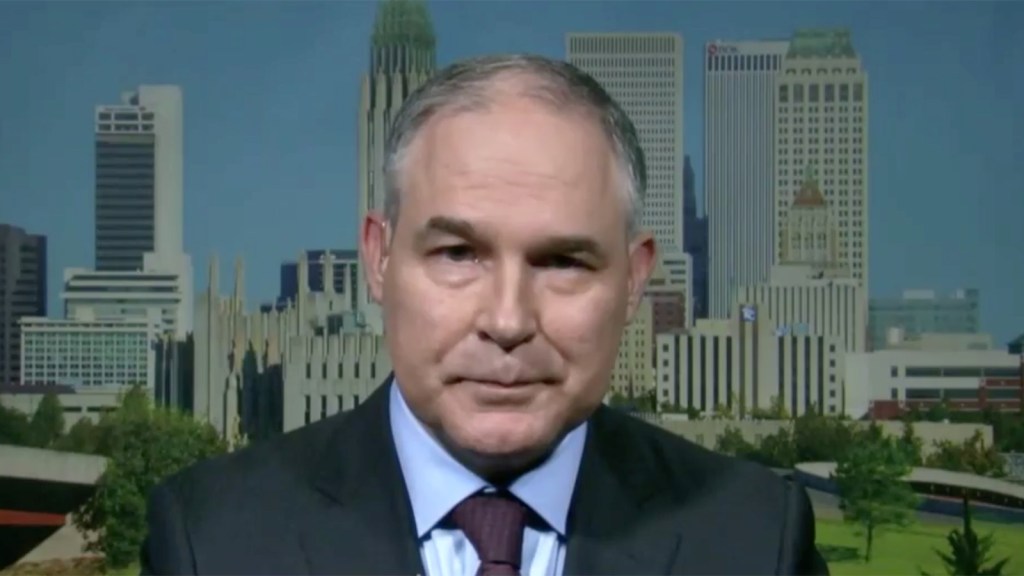 When asked about his statement last month that CO2 is not the primary driver of climate change, Pruitt offered a classic conservative response. “CO2 contributes to greenhouse gas, it has a greenhouse-gas effect,” he said. “The issue is, how much we contribute to it from the human-activity perspective, and what can be done about it.”

Sound familiar? During his confirmation hearing, Interior Secretary Ryan Zinke also recognized the existence of human-made climate change. Then he added a caveat, “Where there is the debate is what that influence is.”

It’s possible Trump administration members finally realize, unlike their boss, that most of America — 70 percent, according to recent data — agree climate change is happening. And The Hill recently reported that Pruitt has concerns about being labeled anti-science.

But until they trim their hedge on whether human activity is to blame, he and others in Trump’s orbit will stand directly opposed to scientific consensus — which harbors no doubts about why the climate is changing.

Emma Foehringer Merchant
Meet the fixer: This urban farmer grows in tight spaces.
‘Gasland’ families are still fighting the company that leaked methane into their water.