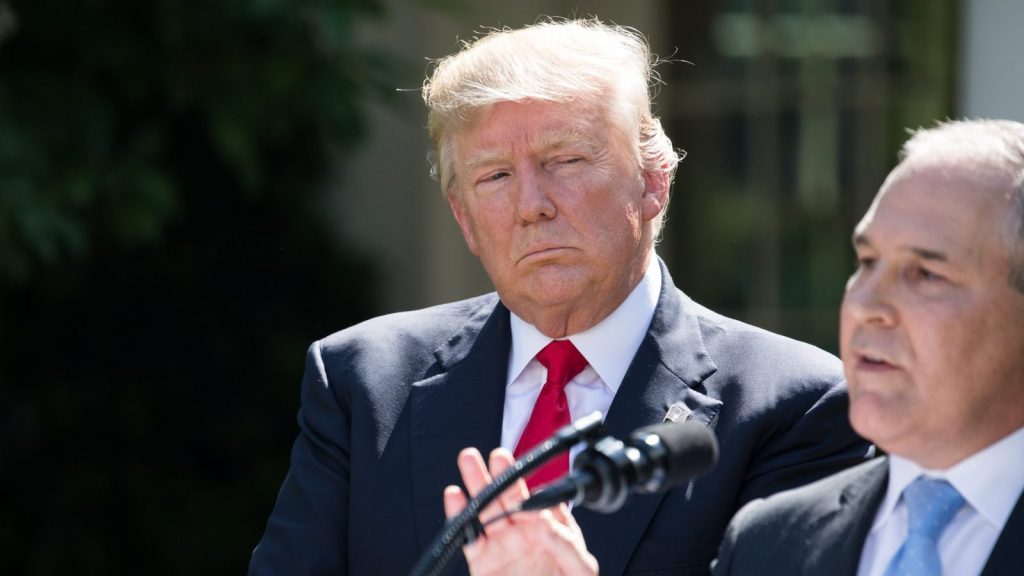 Pruitt has a “back-to-basics” agenda for the Environmental Protection Agency. You know what isn’t basic? His spending. In fact, it’s getting him into trouble with the White House.

On Tuesday, a reporter asked President Trump whether he supports Pruitt. “I hope he’s going to be great,” Trump answered. Cue ominous music.

There’s a long list of reasons why The Donald might fire the scandal-ridden EPA head. Most recently, The Atlantic reported that Pruitt pulled a super-sneaky, White House-defying maneuver to give big raises to two of his top aides. He leveraged a 1996 provision in the Safe Drinking Water Act which has been previously used to fast-track the hiring process so that the agency can quickly tap experts to fill time-sensitive roles. Those positions, typically reserved for specialists, instead went to his aides.

Pruitt’s misdeeds have become so egregious that even a GOP Congressman called his scandals an “embarrassment” on Tuesday. (That was 2017 Grist 50 member Carlos Curbelo, by the way.)

Watch out, Scotty. If there’s one thing Trump hates, it’s being embarrassed.