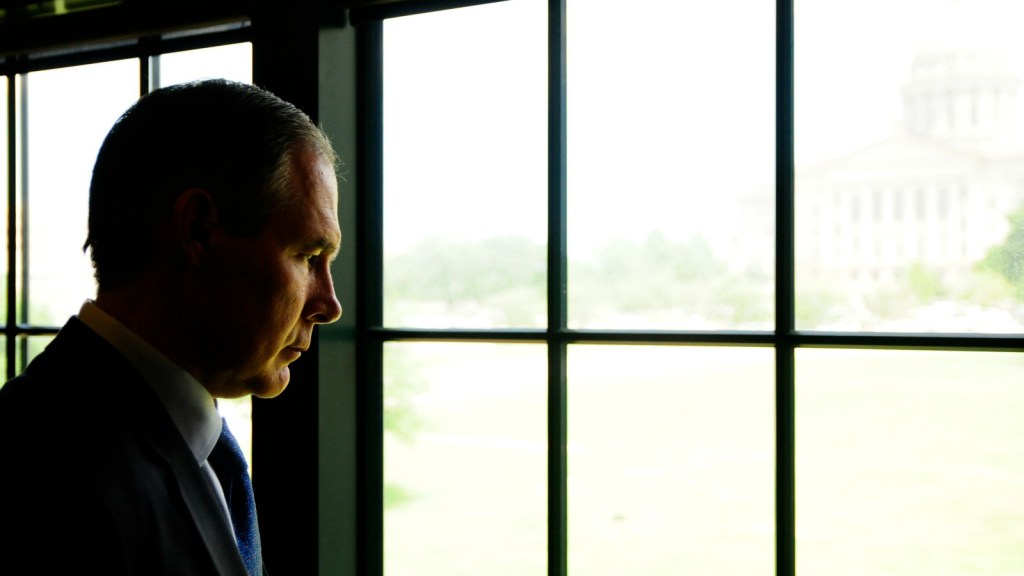 The Clean Water Act, which dates to 1972, protects the “waters of the United States.” WOTUS is basically the government’s attempt to define what comprises the national water system. Problem is: No one knows exactly what waters are included.

The distinction seems clear when you look at extremes (the Mississippi is, a puddle is not), but what about raging whitewater that kayakers bounce down in spring, but goes dry in the summer? There are 2 million miles of these intermittent streams in the continental U.S., and they exist in a legal grey zone and have a huge effect on the country’s water quality.

Obama tried to find a workable definition, after a Supreme Court decision in 2006 only confused the matter. Pruitt is now throwing out Obama’s clarification.

Republicans tied up Obama’s WOTUS rule in court, labeling it a grand conspiracy to exert big government control over their puddles. It wasn’t — it was just the EPA’s attempt to deal with the Supreme Court handing it the legal equivalent of a rabid raccoon.

Now Pruitt and Trump get to wrangle with that raccoon.