Scott Pruitt’s got 99 problems but Trump ain’t one. - Grist

Resign of the times 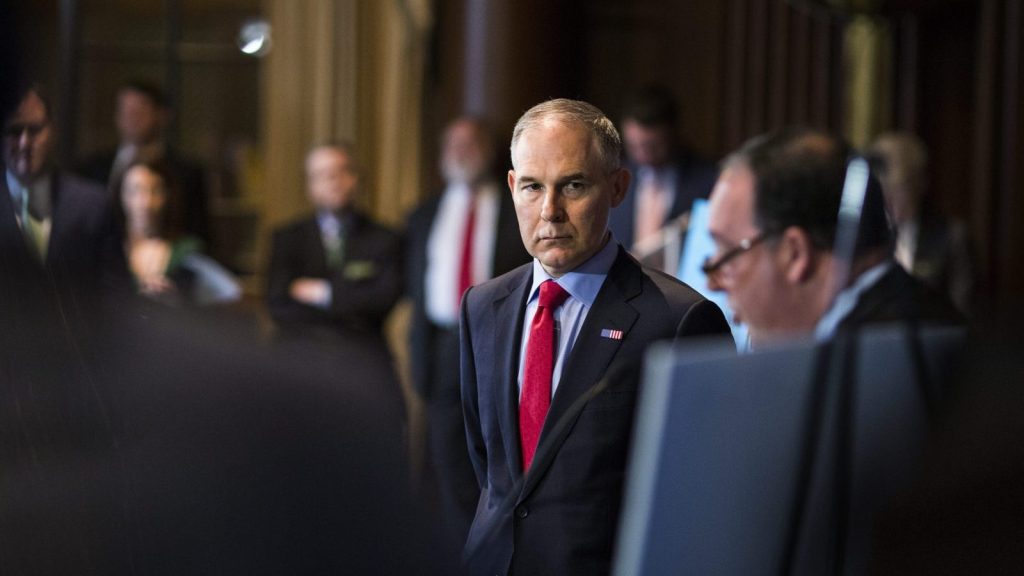 Scott Pruitt’s got 99 problems but Trump ain’t one.

Congressional Democrats have been keeping an eye on the embattled EPA administrator, and they aren’t happy with what they’ve seen. On Wednesday, New Mexico Senator Tom Udall and Florida Representative Kathy Castor introduced a resolution to kick Pruitt out.

It was signed by 131 representatives and 39 senators — the most senators to call for the removal of a cabinet official in U.S. history. If you need any inspiration for insults, the press release about the resolution has plenty. Udall called him “the emperor of the swamp.” Castor said: “There is a slime problem at the EPA — and it is coming from the administrator’s office.”

Pruitt’s pileup of scandals ranges from wasteful spending (private flights) to ethical transgressions (sidelining officials who question him). That’s not to mention the damage his policies pose to public health. He faces a total of nine investigations from Congress, the White House, and his own agency. One investigation concluded this week that Pruitt broke the law in buying a $43,000 soundproof phone booth.

The call to boot Pruitt lacks bipartisan support, as Lisa Friedman writes, so it probably won’t have the desired effect. Some Republicans have turned against Pruitt, including John Kelly, the White House chief of staff. Most prominent Republicans, including President Trump, reportedly stand behind him — for now.

Kate Yoder
The Northeast is chugging right along on climate change action.
These 5 Midwesterners are giving their communities a makeover.