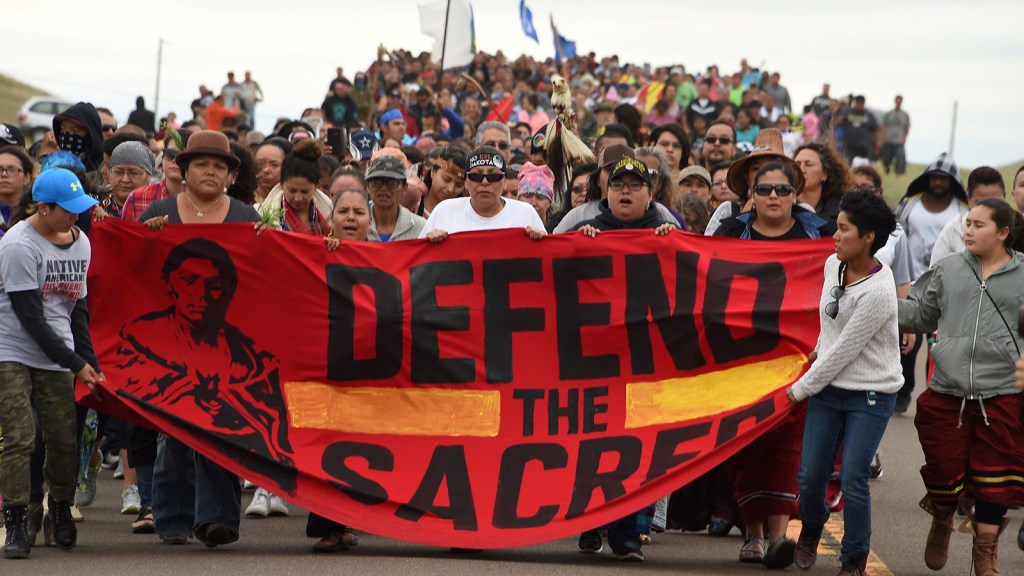 Security firm TigerSwan was paid to build a conspiracy lawsuit against DAPL protesters.

Energy Transfer Partners, the company behind the Dakota Access Pipeline, brought on the paramilitary outfit to surveil pipeline opponents with the intent of mounting a racketeering case against Greenpeace and other activist organizations, say three former TigerSwan contractors who spoke to The Intercept.

The lawsuit alleges that environmental groups engineered the #noDAPL movement in order to garner donations by paying protestors and inciting them to commit criminal activity and domestic terrorism.

Greenpeace general counsel Tom Wetterer told The Intercept that the lawsuit “grossly distorts the law and facts at Standing Rock.” While he’s certain Energy Transfer Partners won’t win, he notes that “what they’re really trying to do is silence future protests.”

Earlier this year, Grist and the Intercept independently reported on leaked TigerSwan documents that revealed its targeting of activists as jihadists in an intrusive military-style surveillance campaign. Within a month, a North Dakota state agency filed a complaint against the firm for operating there without a license. And Louisiana later denied TigerSwan permission to work there.