Siberia might as well be where the world begins to end. - Grist 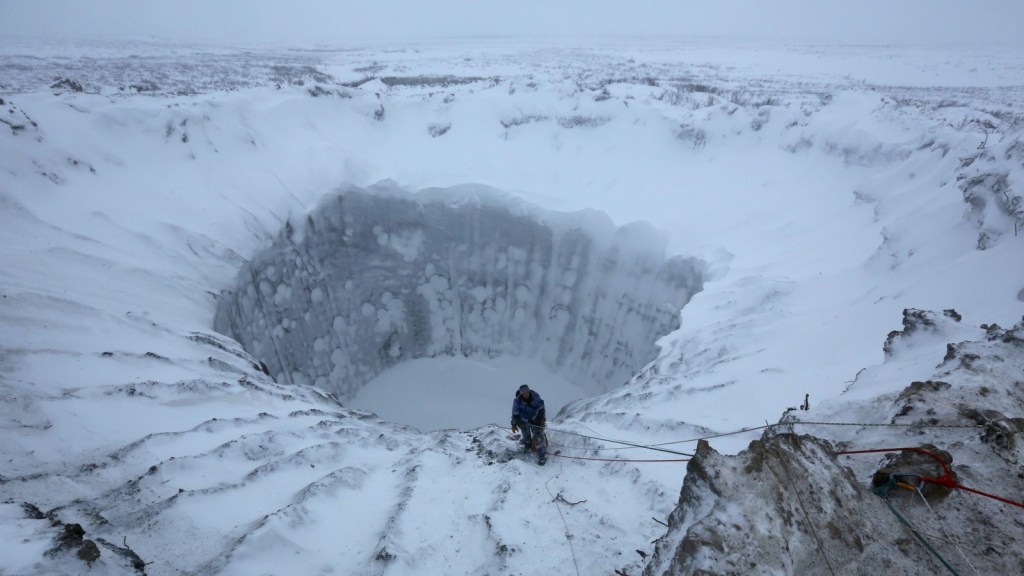 Siberia might as well be where the world begins to end.

Already a bleak place, the northern Russian region is looking much bleaker of late. It is warming at twice the rate as the rest of the world, with sometimes deadly, sometimes bizarre consequences.

As the frozen ground warms up, dozens of craters have formed, including one mile-long, 300-foot-deep sinkhole. Researchers are afraid to get close to the craters for fear of methane geysers shooting off.

We don’t want to watch methane literally bubble up from under the grass. And we certainly don’t want the billions of tons of carbon stored in Arctic permafrost — which contains more than twice what’s in the atmosphere today — to be unleashed. Some scientists fear that alone could raise global temperatures by 0.7 degrees Celsius.

3. Smallpox, anthrax, and who knows what else

Legend has it that “Siberia” comes from an indigenous word for “sleeping land.” Now, that land is waking up with fury.

Kate Yoder
We’re not officially in the Anthropocene yet, because geologists move almost as slowly as geology.
A new kind of packaging cuts food waste, replaces plastic, and — if you’re still hungry — it’s edible.