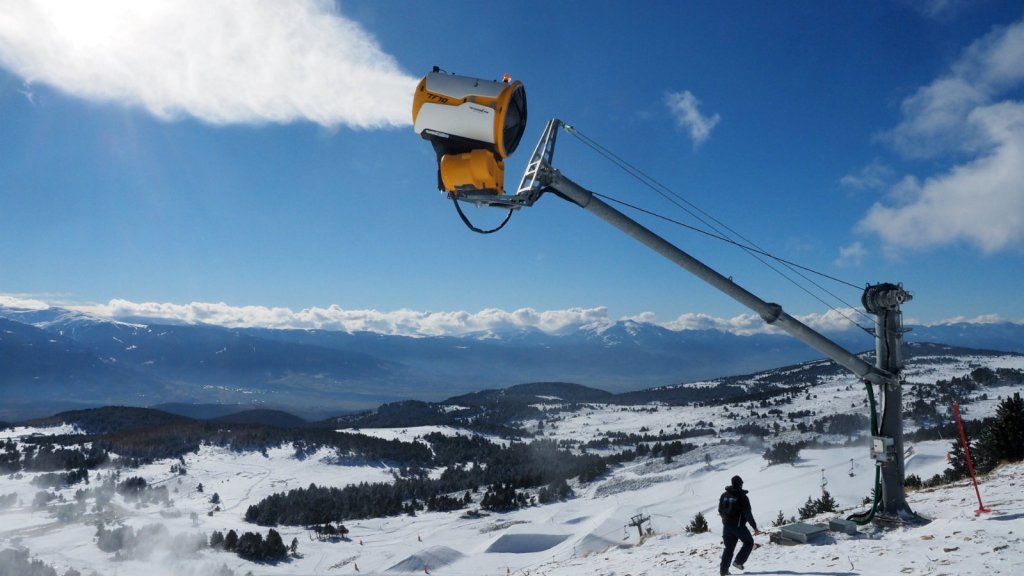 Producing artificial snow used to be a desperate move taken by ski areas within striking distance of surfing beaches. Now, the practice is commonplace, even high in the Rocky Mountains and the Alps.

As a headline in Powder Magazine read last year, “Like It or Not, Snowmaking Is the Future.”

Utah’s Alta ski area has doubled its snowmaking capacity in the last decade. To make sure all those big machines and water pipes don’t detract too much from the scenery, they’re painted to blend in with the background, according to a dispatch from Wired. At Snowbird, also in Utah, each snow gun has its own weather station, allowing the machines to start, stop, and adjust water flow all on their own.

All these machines run on electricity, which comes from the still-mostly-fossil-fueled grid. That means making fake snow increases the rate of The Great Melt, which in turn creates demand for … more snow machines. There’s a self-perpetuating cycle of job security for these snow-bots: Is this the way Skynet becomes self-aware?

Nathanael Johnson
Teens are marching for justice around the world. Next up: Climate change.
Judge to Wyoming and Montana: Less coal mining, more climate minding.