Sometimes you have to melt some ice to make a point. - Grist 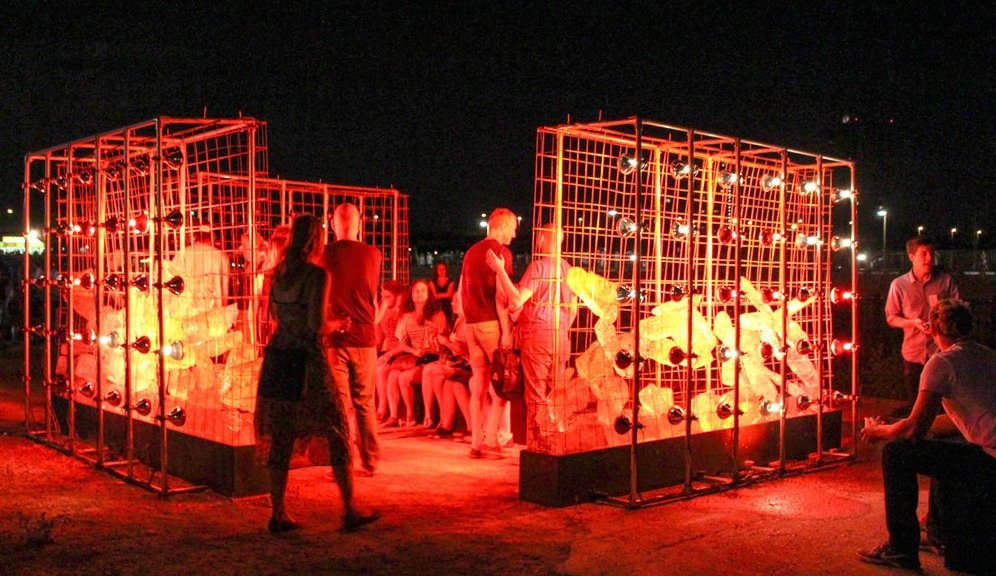 Sometimes you have to melt some ice to make a point.

Here’s how it worked: Futures North cut blocks of ice from a Minnesota lake during the dead of winter and stored them in an old-fashioned ice house.

When June rolled around, the team stacked the ice blocks under a lattice of infrared lights programmed to turn on and off based on three climate scenarios: one where the industrial era never happened; one based on today’s climate; and one future based on the most disastrous forecasts.

Visitors got to take bottles of meltwater home. “It’s beautiful,” one visitor said, “to see such a tragic thing come to life.”

Heather Smith
This week wore us out, too — here’s what we’re reading to get away from it.
A journalist arrested for filming a pipeline protest could face more prison time than Edward Snowden.