Sorry, California, it's looking like another droughty winter. - Grist

After a disappointingly dry El Niño year, the southern United States is headed into another hot and thirsty wet season. NOAA’s Climate Prediction Center expects above-average temperatures and below-average rainfall for the bottom half of the country, from sea to shining sea.

For Southern California in particular, “this winter is not looking good,” says meteorologist David Miskus of NOAA, which issued temperature and rainfall predictions for December through February. “To really put a big dent into this drought,” Miskus said in a press call, “it would probably take a couple of wet winters in a row.” 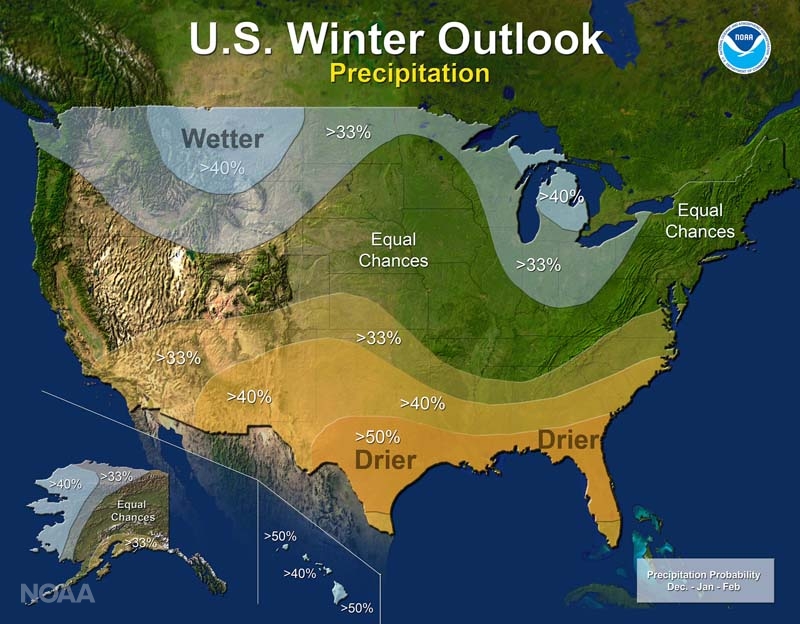 The outlook hinges on colder-than-usual sea surface temperatures in the Pacific. When those temps dip 0.5 degree C or more below average (and stay there) forecasters predict warmer and drier conditions to the south, and cooler, wetter weather in the north. That’s called La Niña — basically, the opposite of El Niño.

This year, ocean temperatures fluctuated around the 0.5 degree threshold, and forecasters vacillated, too. This latest announcement from NOAA confirms that La Niña is probably happening, but that it will likely be a relatively weak one. 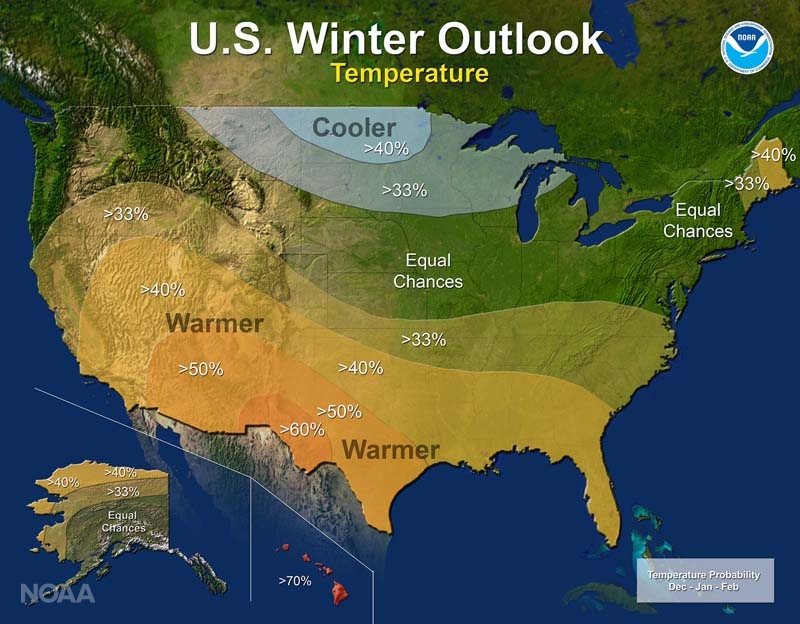