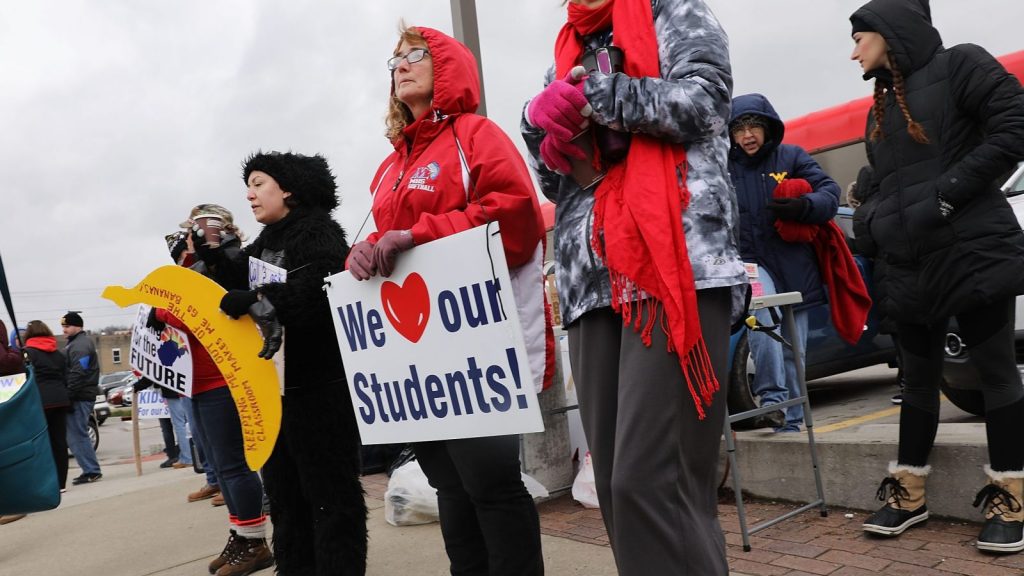 Striking teachers in West Virginia call for raising taxes on coal and gas.

The 48th lowest-earning teachers in the country are eight days into a strike that demands a 5 percent pay raise. They’re frustrated by rising health care costs and, y’know, working at Hardee’s on the weekends to make ends meet.

And some are arguing that the state’s fossil fuel industry should chip in to its tight education budget. During a walkout last week, strikers were heard yelling “severance tax” and “tax our gas!”

Raising state severance taxes on coal and natural gas from the current rate of 5 percent to 7.5 percent would generate an extra $93 million in revenue in 2019, an analysis from the West Virginia Center on Budget & Policy shows.

“[O]ur state is in poverty and will continue to be in poverty because these industries come in and tell our representatives how things are going to go,” Kristina Gore, a fifth grade social studies teacher, told The New Republic.

Kate Yoder
Big surprise: Oil and coal win again in the Trump administration.
Scientists running for Congress are about to face a test in Texas.