On the right side of the fracks 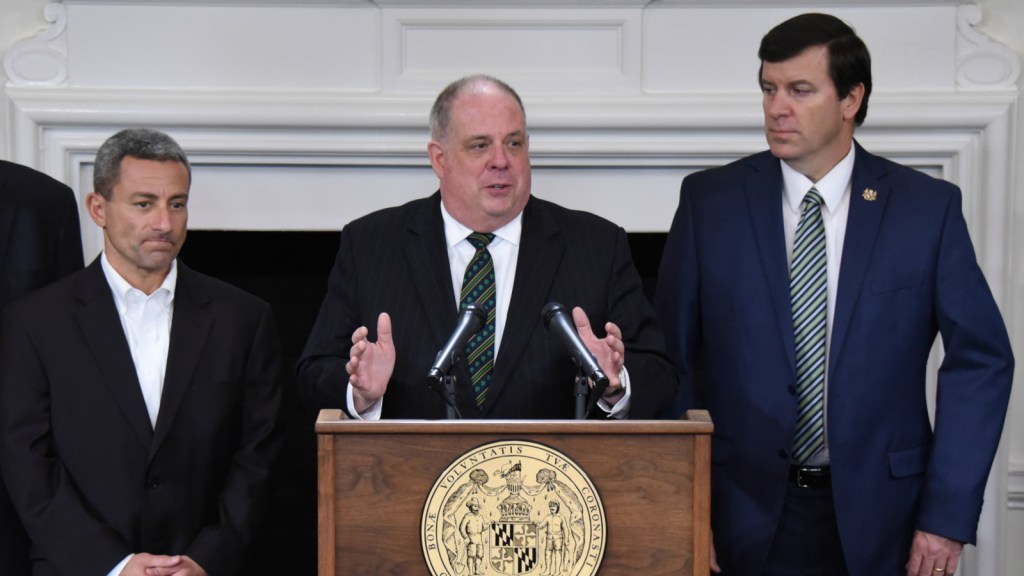 Maryland Gov. Larry Hogan shocked many on Friday when he endorsed a bill that would completely outlaw the practice.

“Our administration has concluded that the possible environmental risks of fracking simply outweigh any potential benefits,” Hogan said.

The state put a two-year moratorium on fracking in 2015, but that’s due to expire in October. Earlier this month, the Maryland House passed a bill that would ban fracking permanently. The state Senate is expected to follow suit, and now we know that Hogan will sign the bill if it lands on his desk.

If it goes forward as expected, Maryland would be the third state to ban fracking, after Vermont and New York.

Funny thing: Hogan used to be a fracking fan. During his 2014 campaign for governor, he said the state was “sitting on an economic gold mine” of natural gas that could be extracted through fracking. It’s unclear why he changed his mind.

Now that there’s a GOP governor who opposes fracking, there could be more heat on Democratic governors who support it, like Tom Wolf in neighboring Pennsylvania. “[I]t says to Democrats: You can’t call yourself a progressive on climate issues if you’re supporting fracking,” said Thomas Meyer of the advocacy group Food and Water Watch.