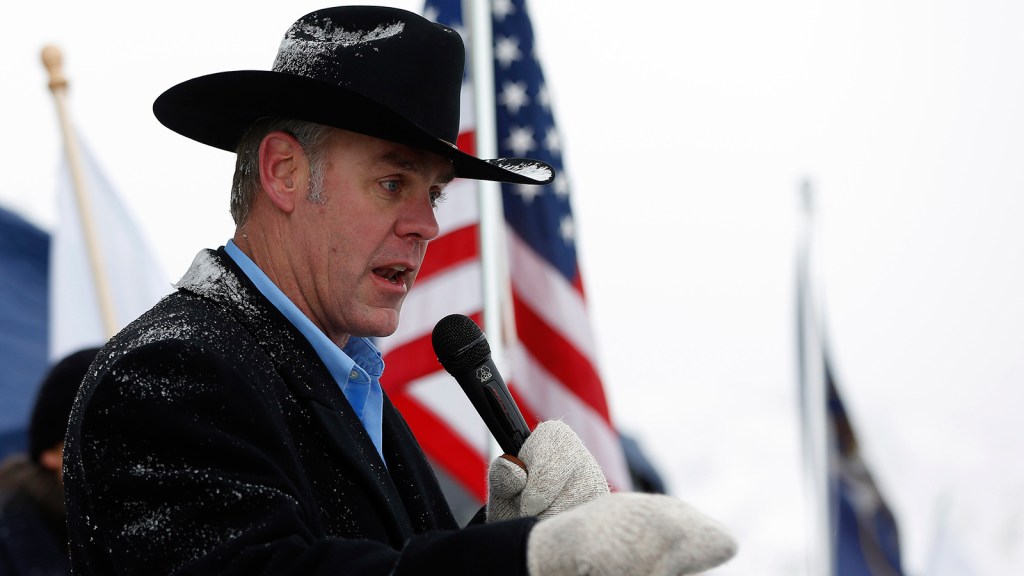 He has reportedly offered the job to Montana Rep. Ryan Zinke. (Previous reports that Trump had chosen Rep. Cathy McMorris Rodgers were premature.)

Zinke has been a defender of public lands and public access to them, which is notable because the Interior Department manages more than 500 million acres of federal lands. He has gone against his party when Republicans have proposed selling off federal land or transferring it to states. Zinke is a lifelong hunter and fisher, and his Twitter bio says he’s a “Teddy Roosevelt fan.”

He is also a fan of coal, which his home state produces a lot of, mostly mined from federal land. In Congress, Zinke opposed a temporary moratorium on coal leasing on federal land as well as renewable energy subsidies. He also supported the Keystone XL pipeline, attacked the Endangered Species Act, and voted to let politically appointed boards manage public lands, positions that helped him earn a paltry 3 percent voting score from the League of Conservation Voters.

When it comes to climate change, Zinke reportedly did believe in humanity’s role back in 2008, but now thinks it isn’t “proven science.” (It is.)

Hey, it could have been worse.