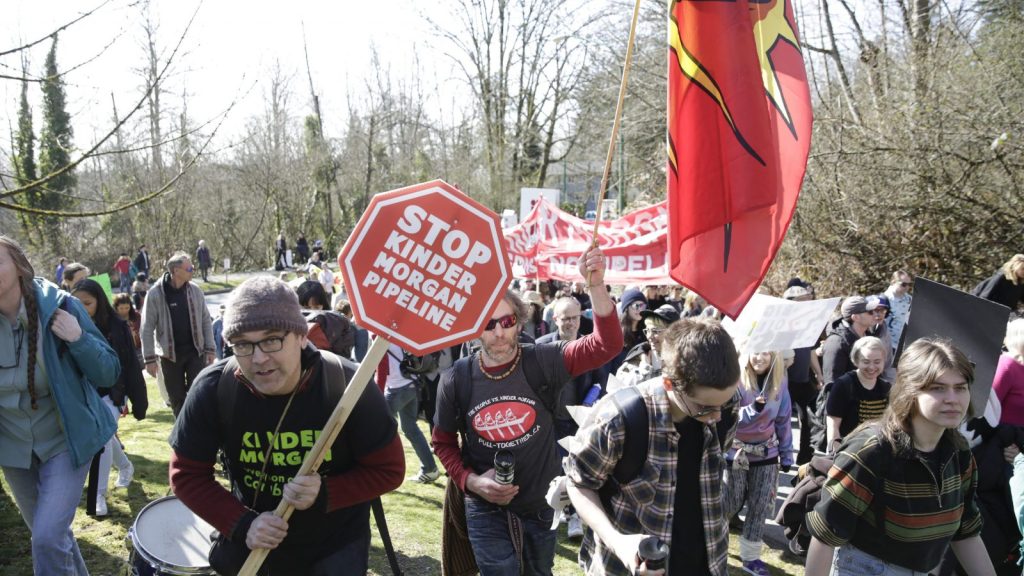 Justin Trudeau, Alberta, and Kinder Morgan are on one side; British Columbia, First Nations, and environmental activists are on the other.

Alberta introduced legislation yesterday that B.C. officials say is retaliation against their opposition of the pipeline expansion, which would triple the amount of crude oil transported from the former to the latter. Kinder Morgan recently announced that it was stopping all nonessential spending on the project as a result of legal efforts and protests aimed at blocking it. If B.C. doesn’t back down by May 31, the company could scrap the project altogether. The Alberta bill allows the province’s energy minister to decide what fossil fuel products it exports, which could drive up gas prices in B.C.

Yet another battle was brewing in the courtroom. More than 200 anti-pipeline demonstrators have been arrested so far, including prominent political leaders Elizabeth May and Kennedy Stewart. A judge upped penalties for nearly two dozen protesters arrested alongside May and Kennedy from civil disobedience to potential criminal charges.

Amnesty International issued a statement in support of the activists: “Far too often, governments in Canada have overreacted to land rights protests and protests perceived to threaten favored resource development projects. It is clear that pipeline development is a high stakes issue for politicians. This means even greater vigilance is required to ensure that the right to protest is not sacrificed.” Fight on.

Justine Calma
This 1983 article about the EPA hitting rock bottom is way too relevant.
Boulder, Colorado, is the latest city to sue Big Oil over climate change.