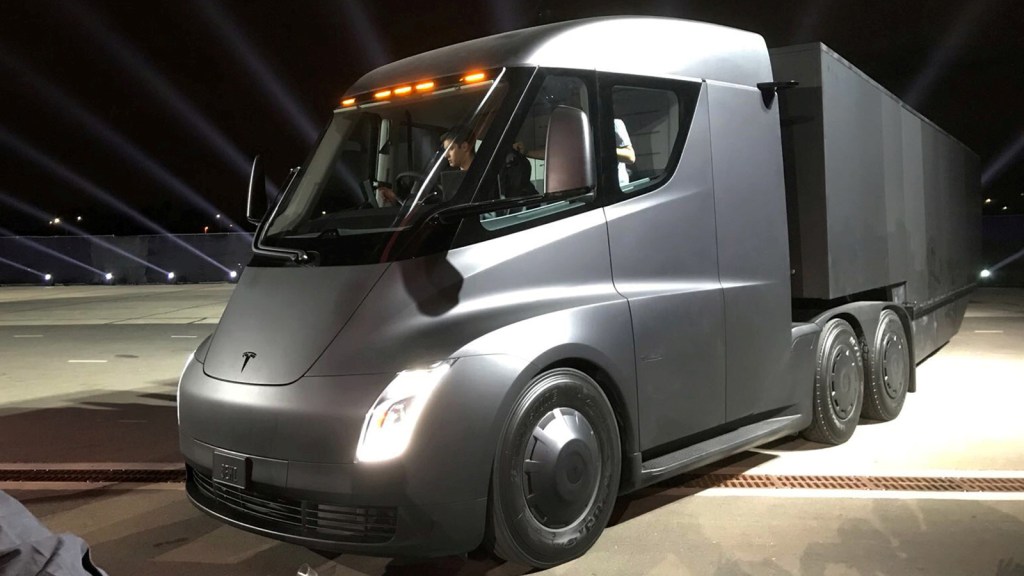 The Tesla Semi, unveiled last week, is a big, shiny sign of a changing industry.

Like the rest of the company’s fleet, it is battery-powered and aggressively designed to maximize cool factor. Space-age updates include a center-mounted driver’s seat and console screens. It will also feature autopilot capabilities like emergency braking and automatic lane keeping, though it won’t get all the way to self-driving status.

But it’s a long road from slick, streamlined prototype to an actual electric truck hauling freight cross-country. The company has been plagued by manufacturing delays on its long-awaited Model 3, making the Semi’s planned production date of 2019 feel tentative. Still, big-box chain Meijer inc has reportedly reserved four semis already, and Walmart put down for a whopping 15.

Some of Tesla’s claims may seem overly optimistic. Experts estimate an electric truck should be able to travel up to 300 miles on one charge, but Elon Musk claims his model will go 500 miles “at maximum weight, at highway speed” and recharge in just 30 minutes.

Then again, if we’ve learned anything about the Tesla founder, it’s that he’s not shy about aiming high:

Tesla Semi Truck unveil to be webcast live on Thursday at 8pm! This will blow your mind clear out of your skull and into an alternate dimension. Just need to find my portal gun …