That long-promised executive order rolling back Obama’s environmental regulations is on its way. - Grist 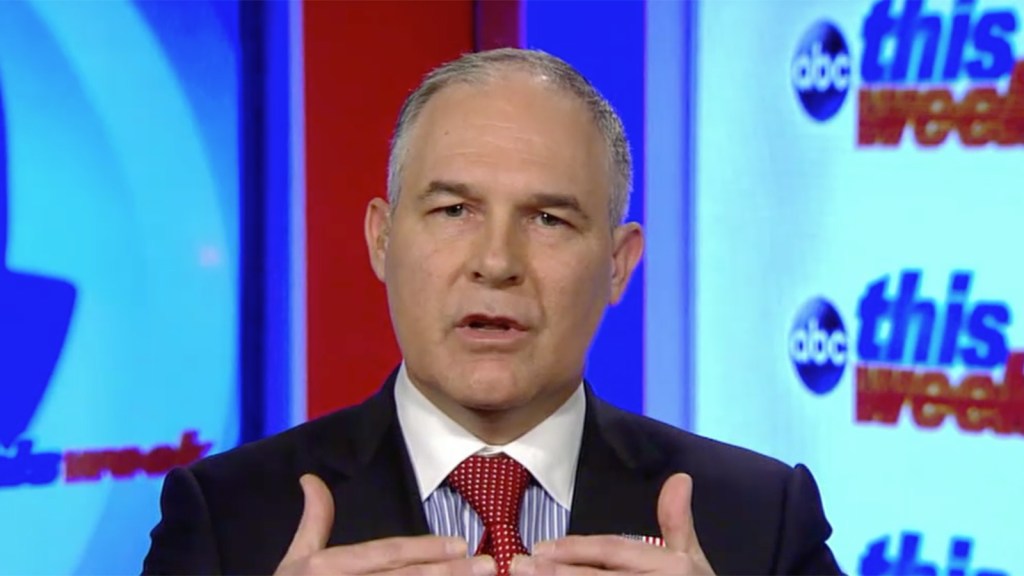 That long-promised executive order rolling back Obama’s environmental regulations is on its way.

EPA administrator Scott Pruitt told This Week’s George Stephanopoulos on Sunday that President Trump will sign the “pro-growth and pro-environment” directive on Tuesday.

The action, Pruitt explained, would put people back to work in the fossil fuel industry, breathing new life into a sector he said Barack Obama marked for death. Stephanopoulos offered a reality check: The U.S. has roughly the same number of coal jobs it did a decade ago. Furthermore, the country won’t be able to live up to its Paris Agreement commitments without aggressive actions like the Clean Power Plan, which the order would nix.

Undaunted, Pruitt insisted environmental progress would continue. “We’re actually at pre-1994 levels right now with respect to our CO2 footprint,” he noted. “Now why is that? Largely it’s because of innovation and technology both in the coal sector and the natural gas sector.”

Pruitt may falsely think carbon dioxide is not a primary contributor to climate change, but he is right about one thing: The EPA’s latest emissions analysis shows the U.S. discharged 39 million metric tons fewer in 2015 than it did in 1994. With climate deniers running the government, we’ll see how long that lasts.

Emma Foehringer Merchant
Meet the fixer: This CEO provides clean energy for any budget.
Trump’s environmental executive order is everything we feared.