The "alt" government agencies on Twitter are telling you everything President Trump won't. - Grist 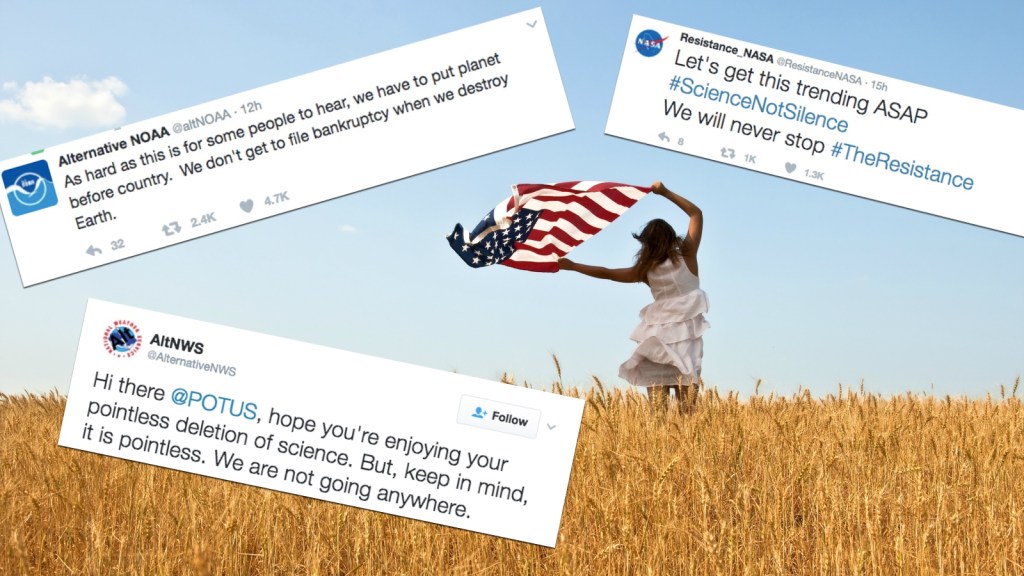 The “alt” government agencies on Twitter are telling you everything President Trump won’t.

If our public servants aren’t allowed to recognize the dangers of human-caused climate change, value scientific research, and call Trump on his shenanigans — well, the internet will give us new ones. Welcome to 2017!

@AltNatParkSer first popped up after the official Twitter account for the National Park Service retweeted messages critical of Trump’s inauguration crowd size — and in response, Trump ordered the agency to stop tweeting.

Then dozens more started showing up. Now, nearly every agency from NASA to the CDC to the State Department has an alt-account.

Several of us are environmental activists and two are journalists [our FACT checkers]. All of us are former scientists.

As CNN reported, none of the owners of these accounts have been confirmed due to fear of being targeted by Trump’s administration. On Thursday, @AltNatParkSer claimed that the account had been turned over to activists and a few journalists working as fact checkers.

Reminder: This is Week One of the Trump presidency.

Cody Permenter
Keystone XL really is back to haunt us.
There’s an environmental argument against Trump’s border wall, too.