The Bureau of Land Management website got a fossil fuel makeover. - Grist

The Bureau of Land Management website got a fossil fuel makeover.

The agency, which tends to U.S. public lands, has lately caused quite a stir with recent changes to its homepage banner. Could BLM be trying to tell us something? Let’s take a quick trip through the site’s updates over the last few weeks. 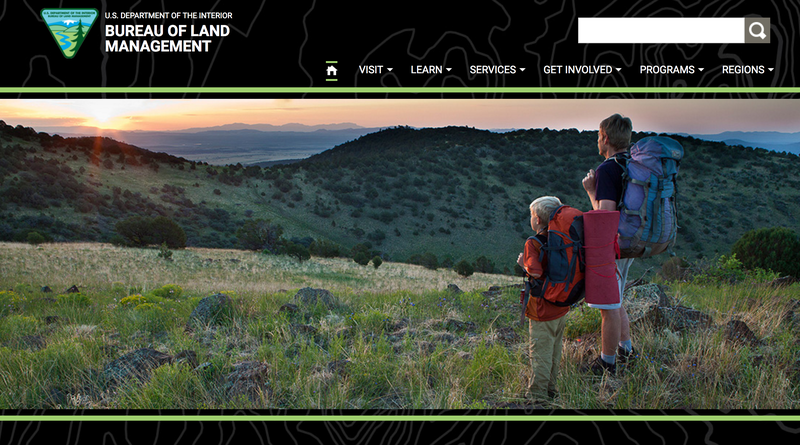 We begin with two people on a backpacking trip, looking toward the sunrise — and, presumably, a brighter future.

Just kidding! No more future! How about a massive seam of coal instead? Two weeks ago, the bureau swapped the wholesome hikers for this wall of coal, dwarfing a tiny person and car in the corner. We get the message: Humans small, coal big.

But in case that didn’t get the point across, BLM changed things up again this week. In the newest image, people are absent altogether, though the pipeline alludes to their domination over the landscape. There are some mountains and forest fading into the background, like an afterthought.

The makeover is in line with the agency’s recent moves: Since Trump took office, BLM has sold huge leases for oil drilling and coal mining on public lands.

As BLM spokesperson Jeff Krauss told NPR, the rotating images are part of an “IT redesign” to showcase the many things the agency manages.

Kate Yoder
Grist is nominated for a Webby! And we need your vote.
A coal company is literally putting a solar farm on top of an old coal mine.