The Clinton campaign isn't ready to take a stance on the Dakota Access pipeline. - Grist 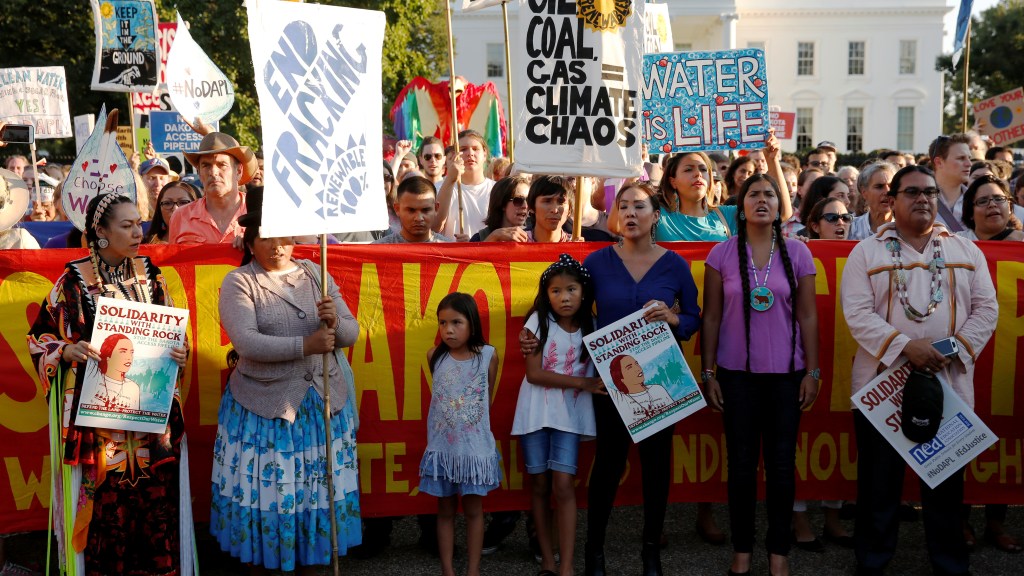 The Clinton campaign isn’t ready to take a stance on the Dakota Access pipeline.

In an interview with Grist on Wednesday, Hillary Clinton’s campaign chair John Podesta responded with a vague answer when asked about the pipeline, avoiding any specific position for or against.

“I think she believes that stakeholders need to get together at this point,” Podesta said. “It’s important that all voices are heard.”

The proposed pipeline would bring crude oil from the Bakken fields of North Dakota to an Illinois terminal. The Standing Rock Sioux are resisting its construction because it would run close to their reservation, across sacred burial sites of their ancestors and dangerously close to their water supply. Moreover, they note that the federal government failed to consult with them as required by law.

The Obama administration suspended construction of the pipeline in early September, pending a review.

“The federal government has now convened the parties, including the tribe, to have a discussion on what the next steps forward are,” Podesta said. “It would have been helpful to have that happen sooner than at this point, but it is what it is.”

Ben Adler
North Carolina is urging people to evacuate — days after Hurricane Matthew.
Sanders is going all-out against the Dakota Access Pipeline, while Clinton is dodging the issue.