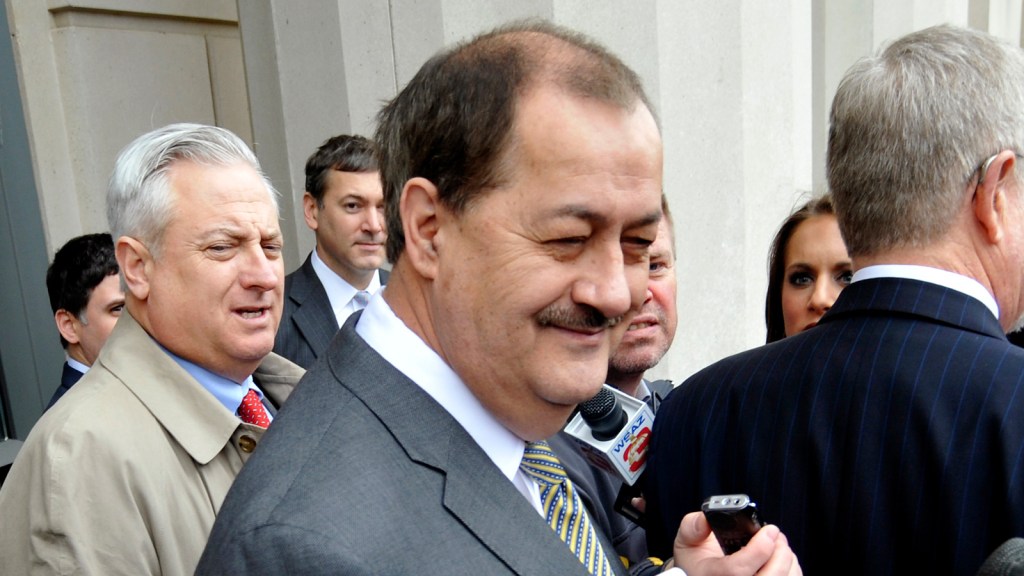 Over a year ago, Don Blankenship — former CEO of Massey Energy — was convicted of a misdemeanor after a 2010 explosion at the company’s West Virginia Upper Big Branch mine killed 29 miners. The court found that Blankenship had knowingly disregarded safety standards and sentenced him to one year of prison.

After the term ended on Wednesday, Blankenship spent his first days out of custody tweeting and trying to appeal his case to the Supreme Court. He pled not guilty during his trial, and continues to do so: “I knew, not only that I was innocent, but that I was the most prolific innovator of mine safety,” he said in an interview on West Virginia radio.

A Rolling Stone profile says Blankenship worked his way up to CEO using “a combination of luck, hard work, and coldblooded ruthlessness.”

That ruthlessness became the focus of a lot of attention after the devastating miner deaths. One West Virginian spearheaded a project for people to send Blankenship a letter a day in jail to express their grief and anger. Still, the project was only able to work up 180 letters — just enough for half of Blankenship’s sentence.

Emma Foehringer Merchant
Apparently bots are now beating us to all the best campsites, because of course.
Meet the fixers: These mothers bring the future into the present.