The coal industry is still declining, so Trump is considering a bailout. - Grist 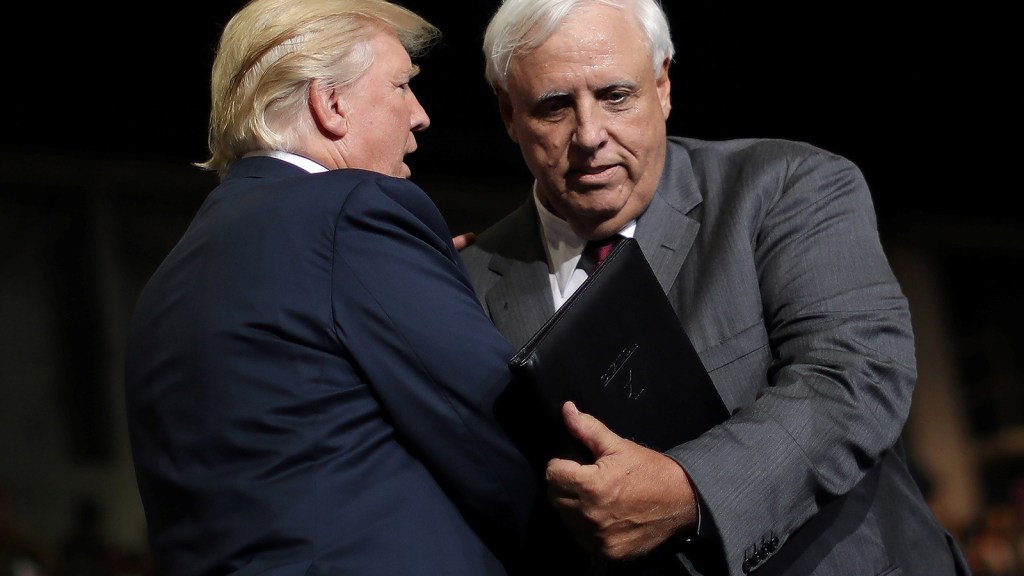 The coal industry is still declining, so Trump is considering a bailout.

West Virginia Governor Jim Justice — a recently rebranded Republican and coal and real estate millionaire — says that initial chats with Trump about his idea for a coal payment plan have been productive.

Here’s the plan: The Department of Homeland Security will pony up $15 for every ton of Appalachian coal burned by U.S. utilities, thus keeping the industry — and the communities that rely on it — alive. Justice says these payments are necessary, because West Virginia coal would be too expensive to compete otherwise.

But, issues. For one thing, $15 a ton is expensive. In 2016, 110 million tons of Appalachian coal were burned — meaning a subsidy would’ve cost the United States $1.65 billion. For another, the industry has been shrinking for a while and shows no signs of stopping.

Instead of a bailout, why not a buyout of the U.S. coal industry? Vox outlined a plan that would actually be cheaper than Justice’s bailout: Just buy all the coal companies and pay to retrain employees. After all, transitioning away from coal is still the best option — for the planet, for energy, and for coal communities themselves.