The current winner in the race to make vegan food products? Germany. - Grist

Brat down a notch 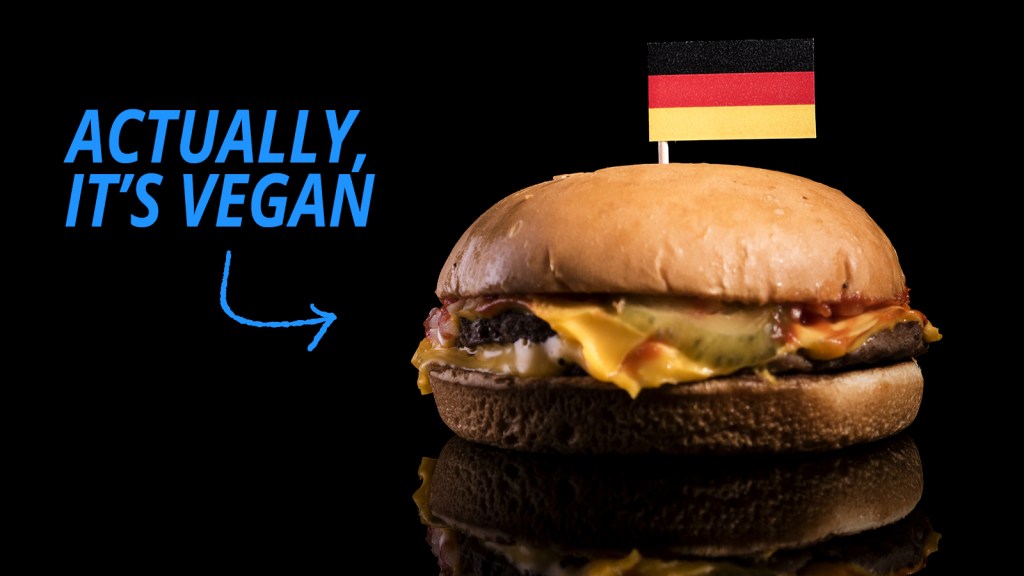 The current winner in the race to make vegan food products? Germany.

This may come as a surprise to anyone who’s gone to a German bar and tried to order a meatless meal, only to end up gnawing sadly on a giant pretzel.

Germany produced 18 percent of the world’s new vegan creations in 2016 — more than any other country, CNN reports.

For a nation that supposedly loves bratwursts so much, Germany has a remarkably high percentage of people going meat-free. As many as 5 percent of German adults call themselves vegan, and that percentage is doubled among 16- to 24-year-olds.

Many of the country’s cutting-edge vegan products use plant proteins to imitate the texture of traditional meat products like sausages or schnitzels.

“These new food products are quite tasty,” Stefan Lorkowski, vice president of the German Nutrition Society, told CNN. For what it’s worth, even the most cheeseburger-faithful of the Grist staff tried the vegan Impossible Burger and agreed with the “quite tasty” evaluation.

But that’s an American invention, so we can only imagine what magic the Germans are crafting. Unless you’re planning a trip to Berlin, “the new capital of vegan cool”  — no offense, Portland — you might have to take Lorkowski’s word for it.