The Dakota Access Pipeline is creeping one step closer to completion. - Grist 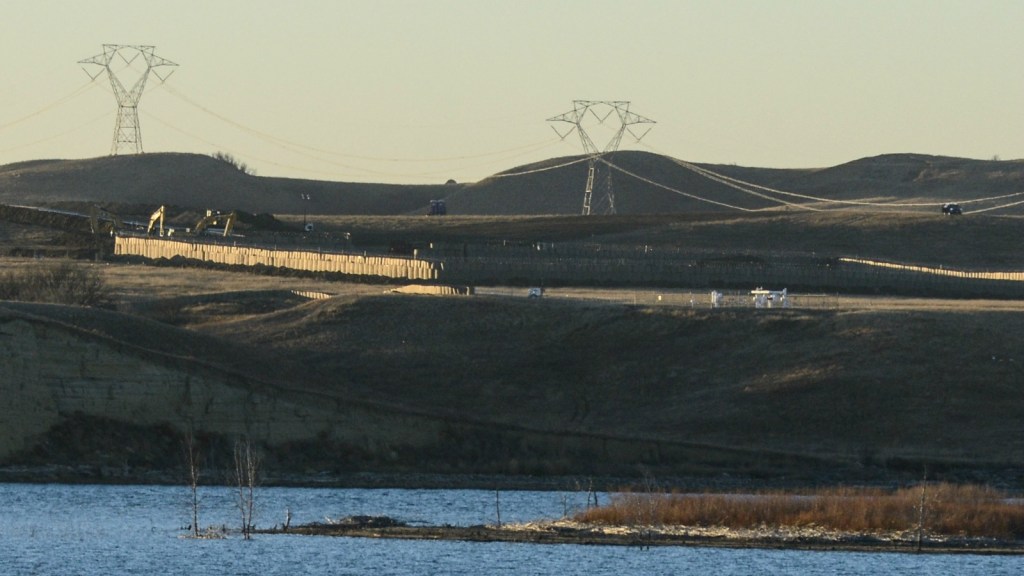 The Dakota Access Pipeline is creeping one step closer to completion.

The acting secretary of the Army has reportedly ordered the Army Corps of Engineers to issue a critical easement that would allow the pipeline to be built underneath Lake Oahe, the primary source of drinking water for the Standing Rock Sioux Tribe. North Dakota Sen. John Hoeven, a proponent of the pipeline, announced the news Tuesday night.

The easement, which could come within days, would clear the way for construction of the last major segment of the pipeline. A week ago, President Trump called for the Army Corps to move quickly toward approval of the easement.

This is the same easement the Obama administration declined to issue in December. At that time, the Army Corps ordered an environmental impact statement (EIS) to be conducted for the project, a process that could take years, granting the water protectors a small but important victory. It’s not clear whether the Army Corps now has the authority to simply stop the EIS process.

“If and when the easement is granted, the Standing Rock Sioux Tribe will vigorously pursue legal action,” the tribe said in a statement. “To abandon the EIS would amount to a wholly unexplained and arbitrary change based on the President’s personal views and, potentially, personal investments.”

Sabrina Imbler
Remember that time when Neil Gorsuch’s mother tried to dismantle the EPA?
Mark your calendars! The March for Science is happening in D.C. on April 22.