The Dakota Access Pipeline will have to find another route. - Grist 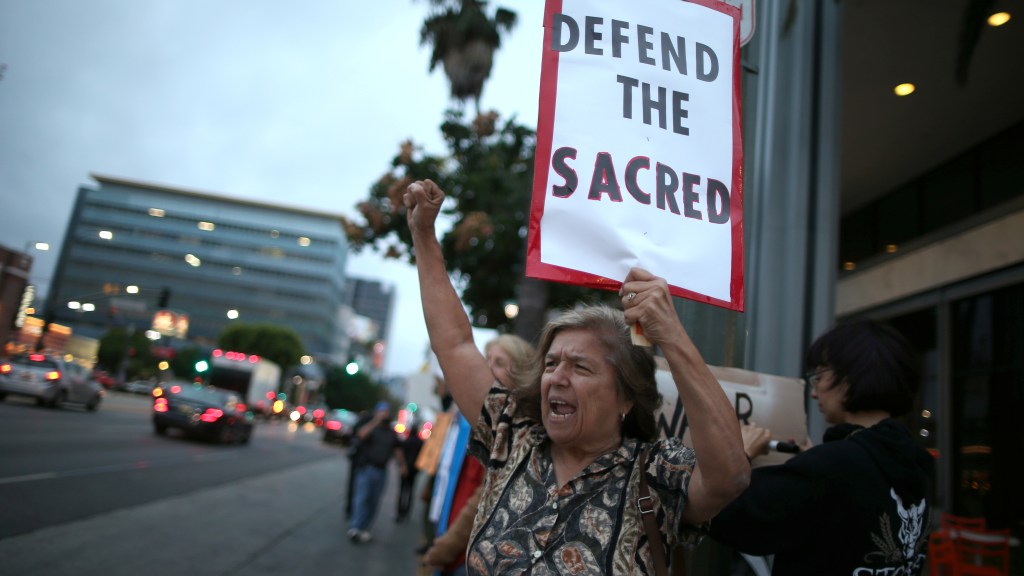 The Dakota Access Pipeline will have to find another route.

The U.S. Army Corps of Engineers announced on Sunday that it will not grant a permit for the pipeline to cross under Lake Oahe in North Dakota.

That is a small piece of the 1,172-mile pipeline, but it was especially controversial because it would have run just a half-mile from the Standing Rock Sioux Tribe. Just one spill, tribal leaders contend, would have done permanent damage to their water supply and ancestral land.

The tribe, along with activists from around the county, set up camps and demonstrations along the pipeline’s route for months leading up to the decision.

Dave Archambault II, chair of the Standing Rock Sioux Tribe, applauded the decision in a statement: “We wholeheartedly support the decision of the administration and commend with the utmost gratitude the courage it took on part of President Obama, the Army Corps, the Department of Justice, and the Department of the Interior to take steps to correct the course of history and to do the right thing.”

This is a major feat for the tribe and its supporters, but remember: The next president has a financial stake in seeing the pipeline carry through. The tribe hopes Trump’s administration will “respect this decision.”

Cody Permenter
Ho hum, another scientific expedition to Antarctica … but this time the scientists are all women.
Al Gore and Exxon’s CEO enter Trump Tower …