The EPA asked the public which rules to scrap and got chewed out. - Grist

lend me your ears 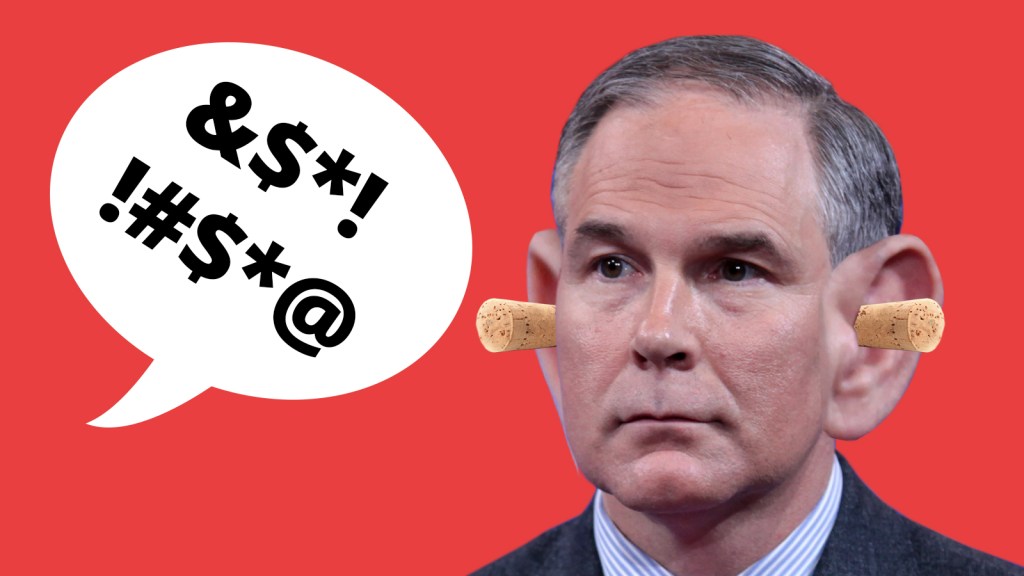 The EPA asked the public which rules to scrap and got chewed out.

Last month, the agency put out a call for comments asking which environmental regulations to consider for “repeal, replacement, or modification.” More than 55,000 people weighed in before the comment period closed on Monday.

And guess what? A sweeping majority of Americans who responded want the EPA to keep protecting our health.

“Have we failed to learn from history, and forgotten the harm done to our air, water, and wetlands?” wrote Karen Sonnessa of New York. “If anything, regulations need to be MORE stringent. I remember the days of smog, pollution, and rivers spontaneously combusting.”

One person just filled the comment section with “no” 1,665 times.

“Know your history or you’ll be doomed to repeat it,” an anonymous commenter wrote. “Environmental regulations came about for a reason. … It is not a conspiracy to harm corporations. It’s an attempt to make the people’s lives better. You know people. They’re the ones who keep corporations running.”

A task force will review the comments and identify which regulations to place on the chopping block in a report to EPA Administrator Scott Pruitt. The effort is in response to an executive order President Trump issued in March.

Sad you missed the comment period? Well, if you’ve got an opinion on the possible elimination of our national monuments, the docket is open until May 26!

Kate Yoder
A week after 50 farmworkers were sickened by pesticides, the EPA punts on protecting them.
Trump won’t regulate carbon emissions. But Virginia’s governor will.