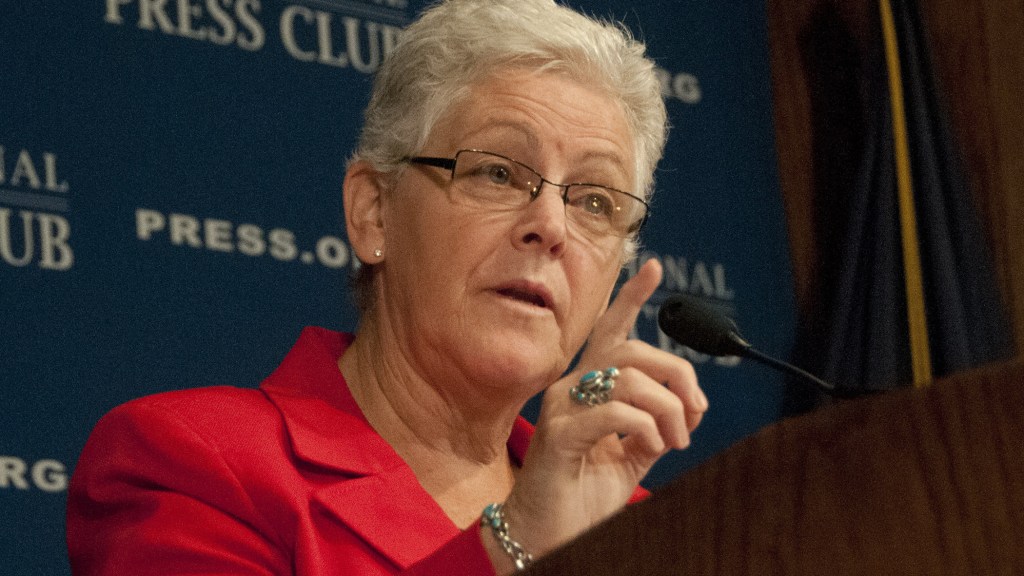 The EPA chief’s post-election message: Keep calm and carry on.

Somehow, Gina McCarthy — who could very well see much of her work at the Environmental Protection Agency reversed in the next administration — is not freaking out.

In her first public remarks since Election Day, McCarthy told the National Press Club that the U.S. is making solid progress even without the federal government forcing states to clean up their act in the power sector.

“I truly believe, guided by President Obama’s deliberate vision, history will show that the Clean Power Plan marked a turning point in American climate leadership,” she said. “But the global transition to a low-carbon economy is much more than one regulation … If you take nothing else from my speech today, take this: The train to a global, clean energy future has already left the station.”

As McCarthy rattled off, power plant carbon emissions are already down 24 percent below 2005 levels, more than halfway to CPP’s target reduction of 32 percent. Meanwhile, nearly half the country (24 states) have already surpassed their 2022 emissions goals.

Ironically, the same stats suggest that the CPP wasn’t doing anything special to lower U.S. emissions in the first place, except to bring overly coal-reliant states into the 21st century.

Rebecca Leber
It’s even easier than you thought for Republicans to repeal President Obama’s environmental protections.
Watch the trailer for the next big climate film.