The EPA downplayed its findings in its study of fracking’s impact on drinking water. - Grist 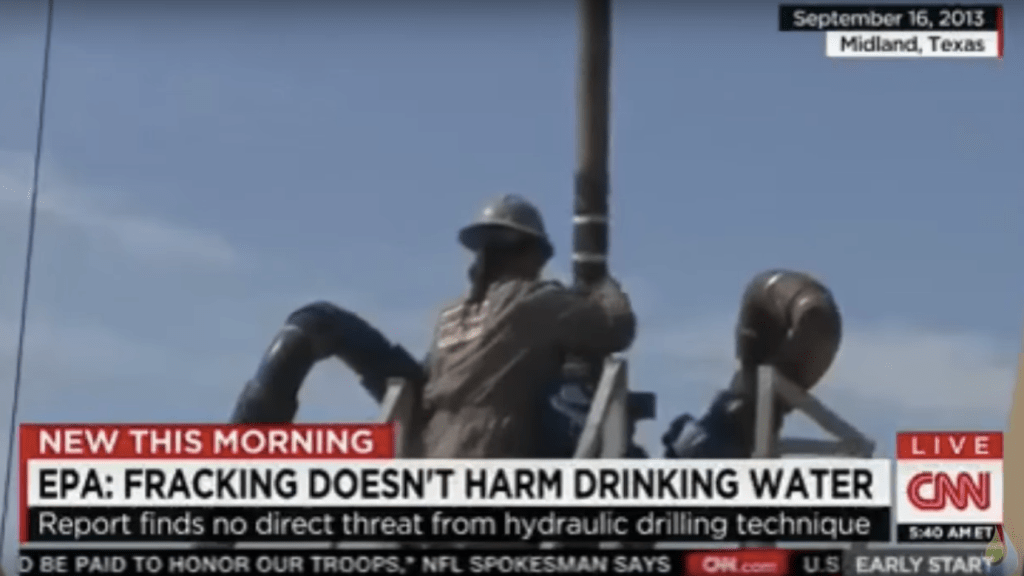 The EPA downplayed its findings in its study of fracking’s impact on drinking water.

An investigation from Marketplace and APM Reports found that top EPA officials made last-minute changes to a 2015 comprehensive report on fracking and whether the drilling process can pollute water supplies. While the EPA identified many cases of water contamination, the executive summary and press release — the parts of a study that reporters tend to read —  noted that there wasn’t evidence of “widespread, systemic impacts” on drinking water.

Early drafts of the study’s news release conveyed greater risk from fracking contamination, but the final version came out with a tamer, more fracking-friendly message:

Buried in the spin was that the report had identified more than two dozen instances where fracking polluted water resources and hundreds of documented spills that reached soil, surface water, and groundwater. The EPA’s shift in narrative gave oil and gas companies a chance to claim innocence — and TV networks ran with it.

The same industry that tried to obstruct the EPA from obtaining necessary data in the first place wound up getting a pass.