The EPA is making 'transparency' look a helluva lot like censorship. - Grist 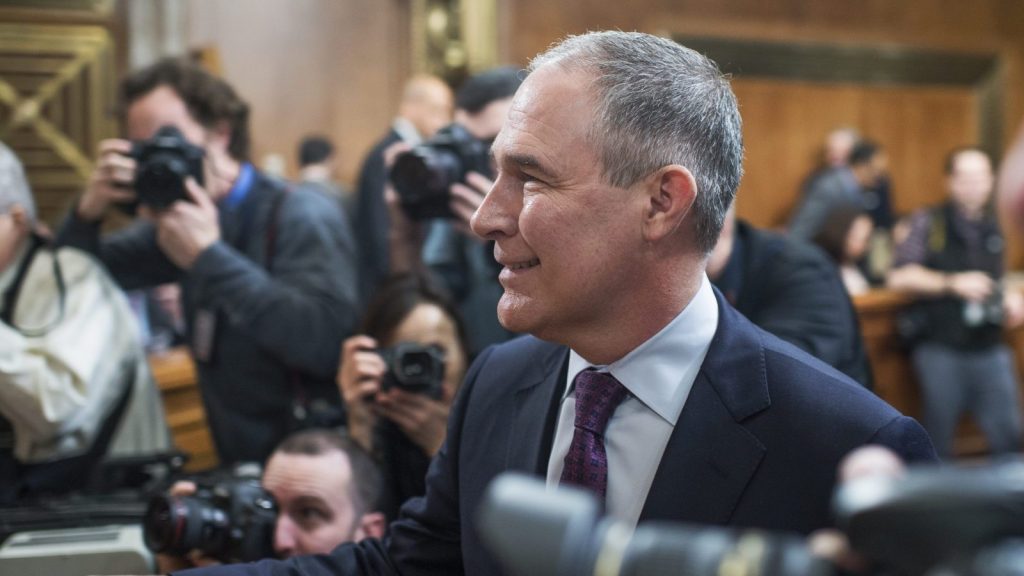 The EPA is making ‘transparency’ look a helluva lot like censorship.

EPA Administrator Scott Pruitt is championing a new policy: The agency can’t base new rules on scientific studies unless the raw data behind them is made public.

The proposed policy would prevent EPA regulators from using decades of research concerning the health effects of air pollution and pesticides, Lisa Friedman reports for the New York Times.

The EPA heralds the policy as a move toward “transparency” — sounds nice! But health data is confidential because the thousands of people who participated in these studies did so on the condition that their personal information is kept private.

The policy is “cloaked in all of these buzzwords, in all of the positive things that we want to be for: ‘science,’ ‘transparency,’” Ivan Oransky of Refraction Watch, a watchdog for scientific journals, told the Times.

Across the Trump administration, officials have systematically removed mentions of “climate change” from federal websites and replaced them with green-sounding, but ultimately meaningless, allusions to “sustainability” and “resilience.”

And this talk of “transparency” is not the first time the EPA has masked an anti-science move with an inscrutable term that anyone can nod along with. Last year, Pruitt purged expert scientists who receive EPA grants from the agency’s advisory boards, citing “conflicts of interest.”

Never mind that the EPA is riddled with conflicts of interest that have little to do with its scientists.

Kate Yoder
Judge to Wyoming and Montana: Less coal mining, more climate minding.
The state of the nation is poor. The State of the Nation’s River report, however, is nice.