The EPA is riddled with conflicts of interest, according to new analysis. - Grist 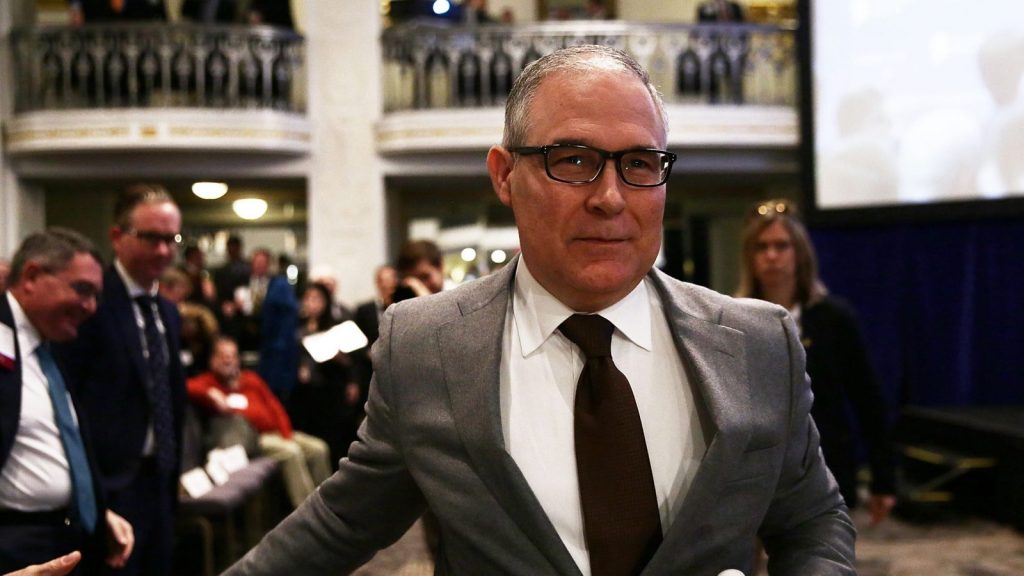 The EPA is riddled with conflicts of interest, according to new analysis.

President Trump has a rule for former lobbyists and lawyers in his administration: They’re supposed to recuse themselves from issues that they worked on for private clients in the last two years.

AP analysis published Wednesday shows that one of Trump’s top lawyers, Don McGahn, issued 24 “ethics waivers” permitting some of those  staffers to circumvent that rule. At least three of those people are now working at the EPA on matters that directly have to do with their previous employers.

The analysis also found that a third of Trump’s EPA appointees worked for industries that answer directly to the EPA. Most of those appointees have said they will recuse themselves from matters that have to do with their previous clients, but former lobbyists in possession of one of McGahn’s ethics waivers don’t have to. So, someone like Erik Baptist, who tried to roll back a key renewable fuels policy when he worked at the American Petroleum Institute, can now advise Pruitt on that same policy.

Lest we forget, Pruitt decided to ban scientists who received grant funding from the EPA from serving as advisors to the agency, a measure he said would “ensure independence.” An EPA independent from science, not industry. Got it.