The ExxonMobil CEO's views on climate change are ... complicated. - Grist 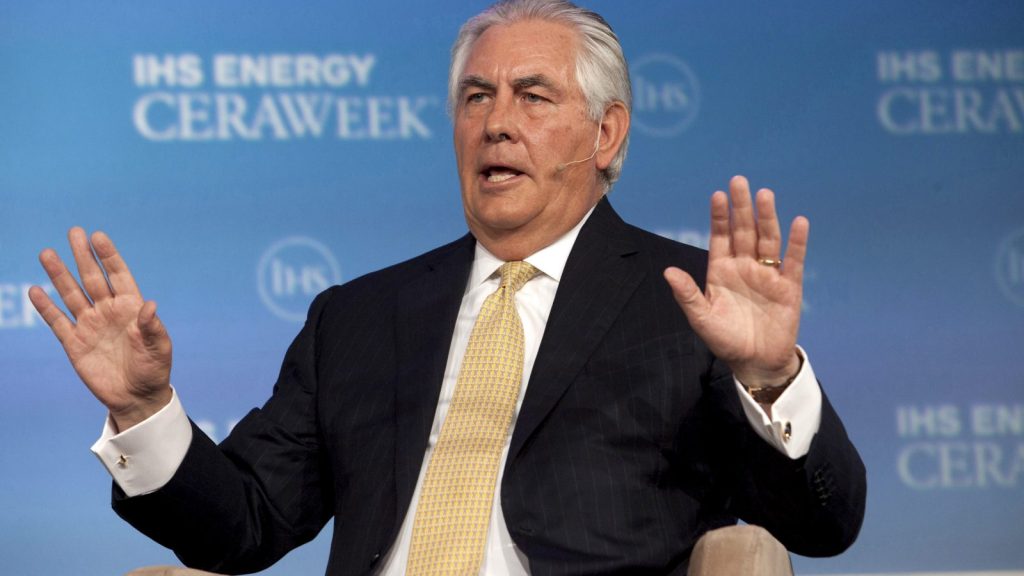 The ExxonMobil CEO’s views on climate change are … complicated.

Rex Tillerson, reportedly Donald Trump’s choice for secretary of state, appears to be more progressive on climate than his would-be boss, but that’s not saying much.

ExxonMobil acknowledges that climate change is happening and “warrants action.” The company has long called for a carbon tax. Last month, it stated its support for the Paris Agreement.

But the company’s long-term record on climate change is terrible. It has spent millions funding climate-denying groups and politicians. Investigations last year revealed that Exxon knew about climate change way back in the 1970s and hid it from the public. That revelation has led to lawsuits and investigations of the oil giant, and the company has retaliated by filing suits against state attorneys general.

As for Tillerson himself, in 2012 he suggested that fears about climate change are overblown and society will be able to adapt. More recently, he said that climate models are not reliable enough to guide policymaking and that there’s no scientific basis for the goal of keeping warming below 2 degrees C above pre-industrial levels.

This all matters, as the State Department represents America in climate negotiations like the ones that led to the Paris Agreement. Don’t expect Tillerson to follow John Kerry’s footsteps.

Katie Herzog
America may not be great again, but SNL is getting there.
Bill Gates and a few super-rich pals are going to pump $1 billion into cleaner energy tech.