The Feds are leaving Puerto Rico - and offering to take Maria survivors with them. - Grist 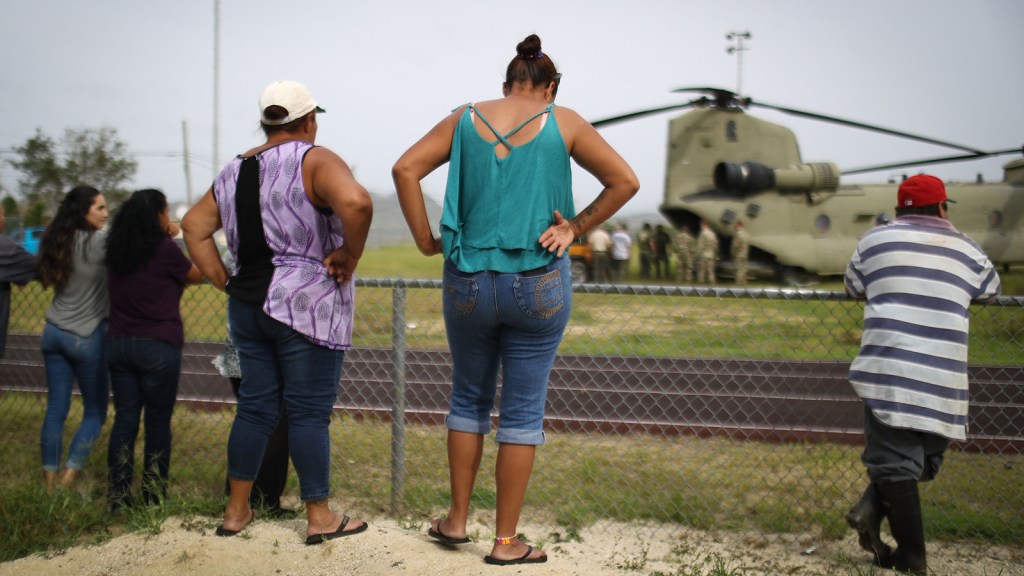 The Feds are leaving Puerto Rico — and offering to take Maria survivors with them.

More than a quarter of the 15,000 federal troops deployed to the U.S. territory in the wake of the devastating hurricane have already withdrawn, and NPR reports half of the remaining troops will leave within the next few weeks.

Roads and supermarkets have reopened, spurring the military to decide that the emergency has passed. Recovery efforts, however, are nowhere near over, and Puerto Ricans fear they’re being left behind. More than half the island is still without power and many residents still rely on aid deliveries of bottled water.

“We don’t want people to get the wrong impression,” Lieutenant General Jeff Buchanan told NPR, noting that Puerto Rico’s National Guard would be taking over for the federal presence. “They are not being abandoned whatsoever.”

Soldiers aren’t the only ones leaving. More than 140,000 residents have left the island since Maria made landfall in September. FEMA and Puerto Rico’s Governor Ricardo Rosselló are working to relocate hurricane survivors to New York and Florida, where large Puerto Rican communities already exist. The agency is now offering to pay for flights and up to 60 days in a mainland hotel.

Experts are predicting that 300,000 more residents could leave the island in the next two years.

Justine Calma
La Niña is here, so 2017 won’t be the warmest year on record.
Bad news: Global emissions are on the rise again.