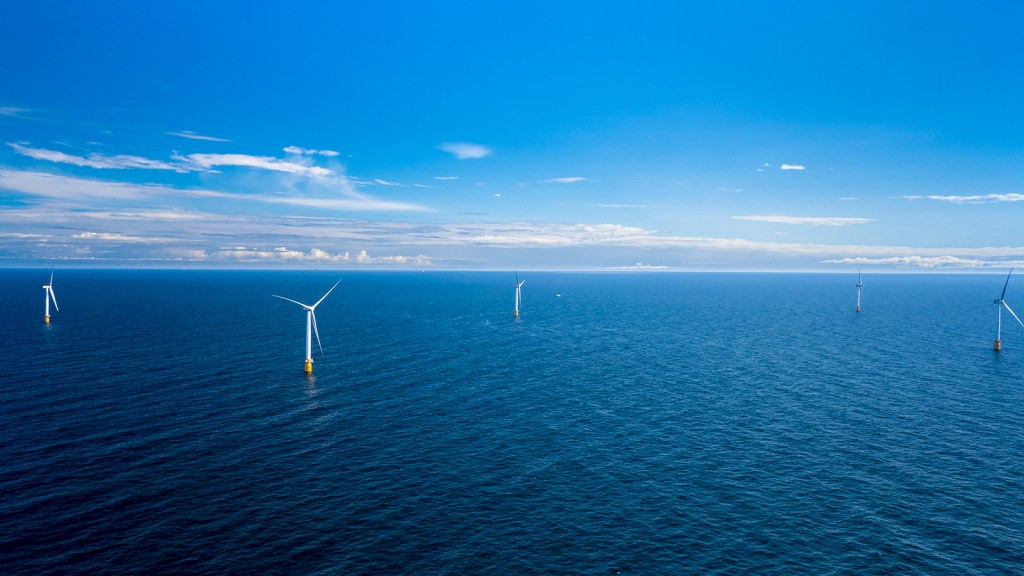 Five giant turbines bobbing in the North Sea, 15 miles off the Scottish coast, are now producing electricity — at peak, enough power for 20,000 homes.

Offshore wind turbines are a key technology for accessing the bulk of the wind energy available on Earth. Earlier this month, researchers calculated that wind could theoretically provide “civilization scale power,” if only we could figure out how to harness the wind whipping at high speed over the oceans.

The Norwegian energy company behind the project, Statoil, may have done that with its new turbines. Each tower rises nearly 600 feet above the water — like a floating Seattle Space Needle — and is chained to three massive upside-down buckets sunk into the sandy bottom, 350 feet below the surface.

The project was expensive, like all initial ventures: It cost $8.8 million per megawatt of generation capacity (versus the going rate of around $4.5 million for conventional offshore turbines). However, Statoil says that it plans to cut that cost in half by 2023, produce electricity as cheaply as onshore wind power by 2030.

Here’s Statoil’s video of the turbines, which, as self-promotions go, is pretty cool. Click for the endearingly earnest Norwegian engineers, and stick around for the jaw-dropping scale: