The Great Barrier Reef has been brutally bleached for the second year in a row. - Grist 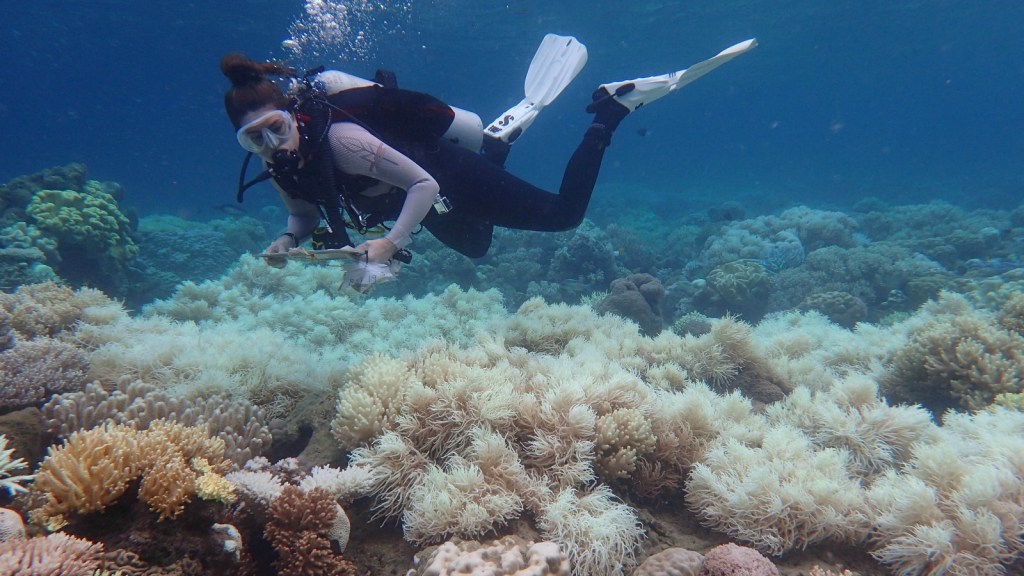 The Great Barrier Reef has been brutally bleached for the second year in a row.

Contrary to what you may have heard, the reef isn’t dead — not yet. But aerial surveys show that 900 miles of the 1,400-mile-long reef have been severely bleached in the past two years.

Bleaching occurs when warm water causes stressed-out corals to expel symbiotic algae from their tissues; corals then lose their color and their chief source of food, making them more likely to die.

Last year’s El Niño–induced bleaching event was devastating, knocking out two-thirds of the corals in the northern section of the reef. We’d hoped that 2017 would bring cooler temperatures, giving the fragile ecosystem some much needed R&R.

Instead, temperatures on Australia’s east coast were still hotter than average in the early months of this year, and on top of that, the reef’s midsection took a hit from a big cyclone in March.

This is the first time the reef has experienced back-to-back annual bleaching events. If this keeps happening, it’ll quash the reef’s chances for recovery and regrowth, a process that can take a decade or longer under normal conditions.

Under the abnormal conditions of climate change, though, there is little reprieve — unless we, y’know, address the root of the problem itself.

Kate Yoder
S-Town, the most talked-about podcast of the year, is delving into climate grief.
A black community in Oakland says pollution is violating its civil rights.