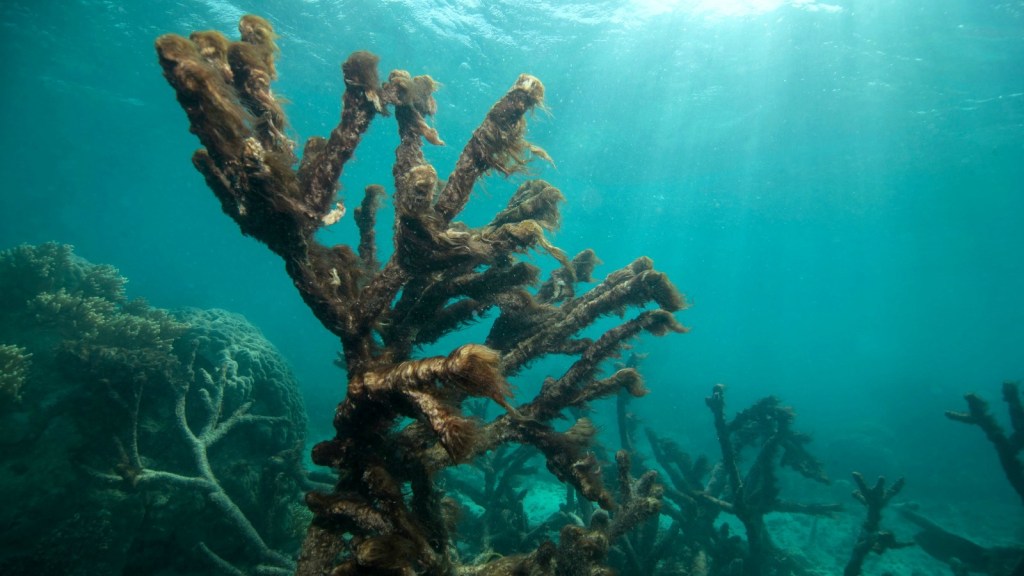 It’s sort of like that time the whole family flew to say goodbye to Great-Uncle Fred only to have him show up at Christmas dinner two weeks later, wheeling an oxygen cart. The Great Barrier Reef has been confirmed dead so many times you could be forgiven for forgetting it’s still there. At least, for now.

The latest alarm bells come from a report submitted by the Australian government to UNESCO. The report was supposed to reassure UNESCO that the reef was in OK shape and that Australia was doing a good job of managing risks. But it accidentally uncovered an even grimmer picture of the costs and challenges in protecting the reef.

Unfortunately, one of these years ol’ Fred isn’t going to manage another miracle recovery from that umpteenth bout of pneumonia — and it’s hard to say if the Great Barrier Reef stands any better chance of survival. On the one hand, coral reefs are more resilient than we often think. On the other, we just keep dumpin’ pollution on ’em! Read more here.

Amelia Urry
OPEC agrees to cut 1.2 million barrels a day, pleasing U.S. oil companies.
Deforestation in the Brazilian Amazon increased by a whopping 29 percent this year — but there’s a way to slow it.