The Great Lakes are having Great Snowstorms partly thanks to climate change. - Grist 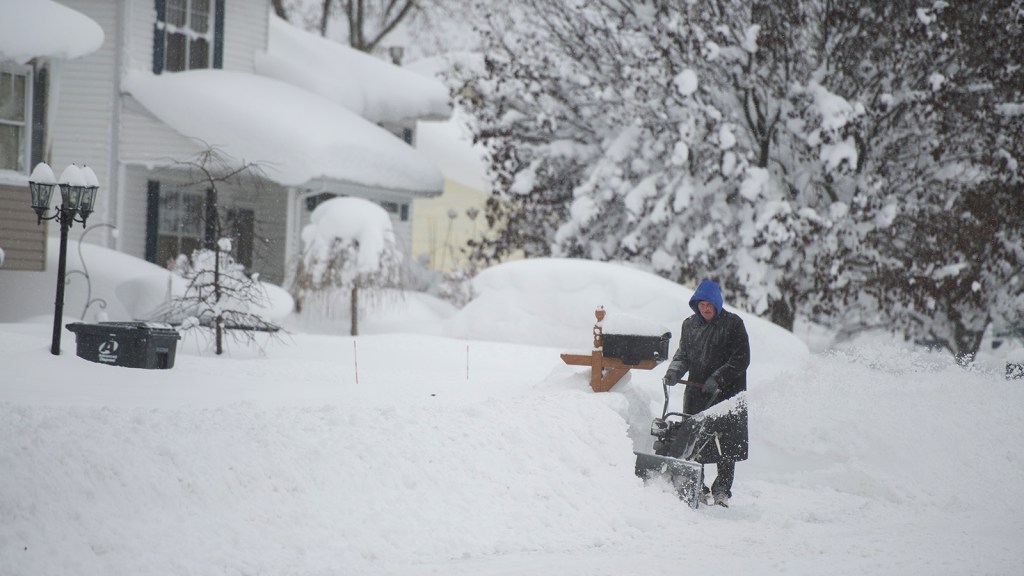 The Great Lakes are having Great Snowstorms partly thanks to climate change.

This week was one for the history books in Erie, Pennsylvania. In just two and a half days, the city racked up more than 5 feet of snow, more than its previous record over any two week period.

In a similar scenario three years ago, Buffalo, New York, set a new U.S. record of 77 inches in 24 hours. It may seem weird, but the warming waters of the Great Lakes are fueling this kind of colossal snowfall — for the time being.

These “lake-effect” snows are fed by the still-liquid parts of the Great Lakes during the early winter. When cold air blows over the open water, warmth and moisture rise into the atmosphere to create heavy bands of snow. The combination of frigid air, warm water, and perfectly aligned winds created this week’s ideal snow conditions in Erie.

Lake Erie, the shallowest and most ice-prone of the Great Lakes, used to reliably freeze over every year. But that’s starting to change: In recent years, Lake Erie has sometimes barely frozen at all. The chart below shows its percentage of maximum ice cover each year since 1973:

The same trend holds true for the rest of the Great Lakes, one of the fastest-warming parts of the lower 48. Since 1995, Great Lakes ice levels have been below normal 70 percent of the time. Eventually, though, air temperatures may warm so much that major lake-effect snows will become more rare.