The market has spoken, and it says electric cars are the future. - Grist 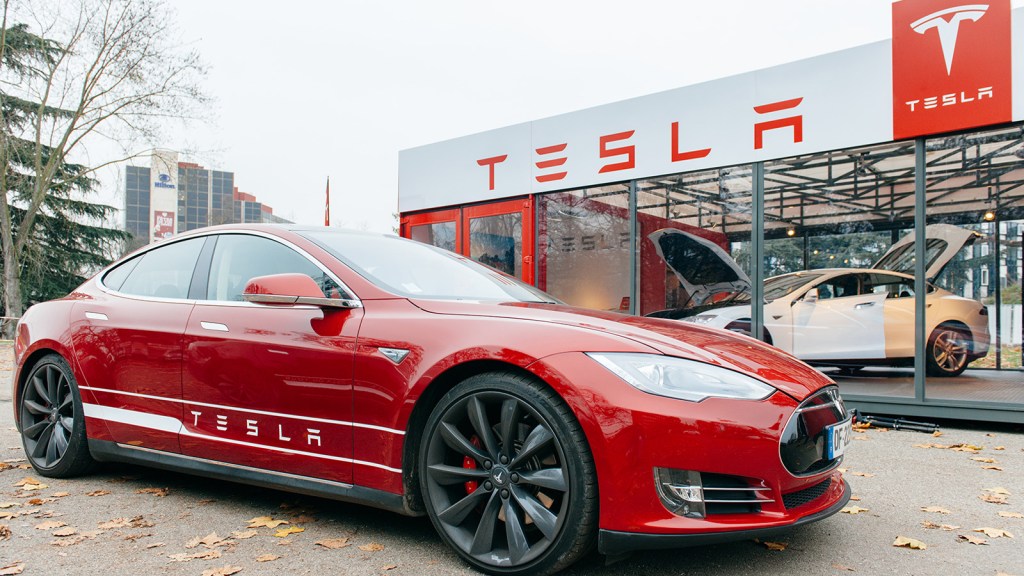 The market has spoken, and it says electric cars are the future.

Ford had a 100-year head start on Tesla, but Elon Musk’s company has caught up. With a market value of $53 billion, Tesla Motors overtook Ford ($45 billion) on Monday, and then passed up General Motors ($49 billion) on Tuesday.

Of course, the older car companies still sell about 100 times more vehicles than Tesla. They are also profitable, while Tesla loses millions of dollars a year. Even so, investors look to the future, and they’re banking on Tesla eventually taking the world by storm.

Why is Wall Street so smitten with a money-losing car company? Investors believe that electric cars with self-driving capabilities are going to become the norm — especially as Tesla is preparing to roll out its first mass-market car. It also doesn’t hurt that Tesla’s cars look cool, and that stock traders grow wistful and dewy-eyed when they see Musk’s face.

If the Wall Street crowd is correct, it would be good for everybody. A wholesale shift to electric cars would vaporize one of the most formidable barriers in the fight against climate change: getting cars to stop pumping greenhouse gas into the air.

This feels weird, but here’s one instance that it’s in the public interest to root for Wall Street.