The movement to divest from Dakota Access is growing, fast. - Grist 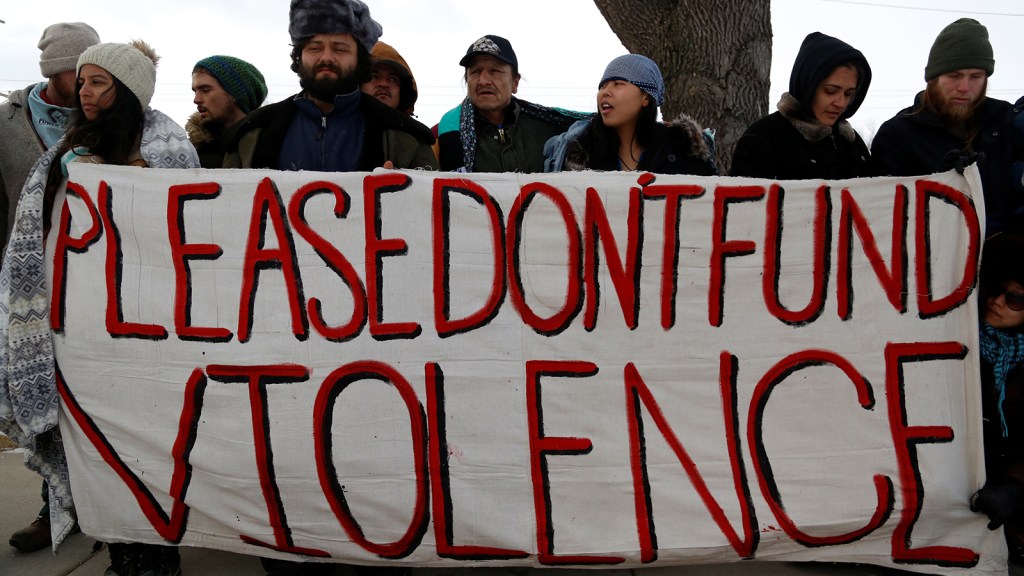 The movement to divest from Dakota Access is growing, fast.

Seattle got things rolling on Feb. 7, when the city council voted to end a $3 billion contract with Wells Fargo, a major bank funding the pipeline. Now more institutions are moving to pull their money away from the pipeline’s financial backers, which include many big-name banks.

The city of Davis in California voted to divest around $124 million from Wells Fargo on Feb. 8, and Minneapolis and Philadelphia were reportedly considering doing the same. Later that week, New York City Mayor Bill de Blasio said he was thinking about ways his city and its pension fund could divest.

It’s not just cities. The Muckleshoot Indian Tribe voted to divest from Wells Fargo. A bill proposed in the California legislature would require CalPERS, the state’s big public employee retirement fund, to end up to $4 billion in investments in companies backing the pipeline. The Swedish investment group Nordea banned fund managers from investing in Dakota Access.

If you want to follow suit, there’s an app for that. A San Francisco startup helps people automatically pull investments from any company funding the pipeline. The campaign seems to be working: The crowd-sourced online tracker #DefundDAPL shows total individual divestment topping $65 million.

Sabrina Imbler
Some Republican politicians really do like clean energy.
About 700 species are already being hurt by climate change.