The NAACP is bringing renewable energy to communities of color. - Grist 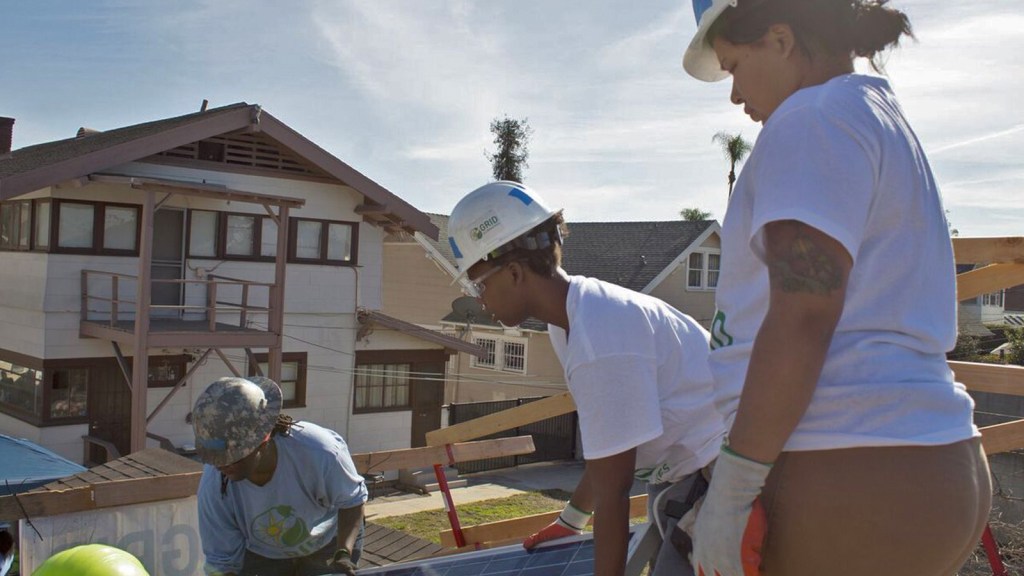 The NAACP is bringing renewable energy to communities of color.

Over the next year, the National Association for the Advancement of Colored People will install solar panels on 20 households and 10 community centers, train 100 people in solar job skills, and push for equitable solar access policies in at least five states across the U.S.

“Underserved communities cannot be left behind in a clean energy transition,” Derrick Johnson, NAACP President and CEO, said in a statement about the new Solar Equity Initiative. “Clean energy is a fundamental civil right which must be available to all, within the framework of a just transition.”

The initiative began on Martin Luther King Jr. Day by installing solar panels on the Jenesse Center, a transitional housing program in L.A. for survivors of domestic abuse. The NAACP estimated that solar energy could save the center nearly $49,000 over the course of a lifetime, leaving more resources to go toward services for women and families.

Aside from the financial benefits, the NAACP points out that a just transition to clean energy will improve health outcomes. Last year, a report by the Clean Air Task Force and the NAACP found that black Americans are exposed to air nearly 40 percent more polluted than their white counterparts. Pollution has led to 138,000 asthma attacks among black school children and over 100,000 missed school days each year.

It’s just a start, but this new initiative could help alleviate the disproportionate environmental burdens that black communities face.

Justine Calma
Los Angeles schemes to sue major oil companies over climate change.
Most members of the National Park Service Advisory Board got so frustrated they quit.