The Navajo Nation is transitioning from coal to solar. - Grist 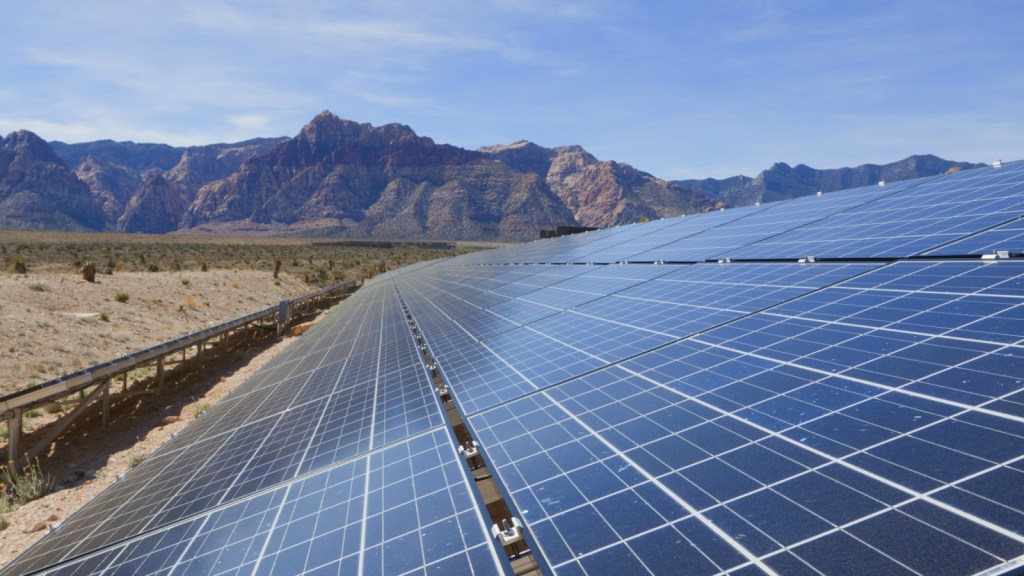 The Navajo Nation is transitioning from coal to solar.

The coal-fired Navajo Generating Station is slated to close at the end of 2019, another victim of the boom in cheap natural gas. To fill the energy gap, the Navajo Nation has invested in clean-energy technology, specifically, the Kayenta Solar Project, a 27.3-megawatt farm in northeastern Arizona.

The project will provide electricity to 7,700 homes on the 27,000 square-mile reservation, home to 200,000 people. Some of those houses will be getting power for the first time. The farm builds on a Navajo Tribal Utility Authority program, which began providing solar panel systems to residents without electricity in 1999.

Currently, the Navajo Generating Station employs more than 700 people — more than 90 percent of whom are Native American. Losing those jobs could devastate the reservation, but developments like this solar project should soften the blow. During the heaviest construction period, roughly 80 percent of those working on the project were Navajo. And though a Tempe-based company is currently operating the project, the Nation is working on plans to take over its management.

The coal plant shutting down is “forcing us to make a huge paradigm shift,” Navajo President Russell Begaye told PRI’s The World in June. “I’m getting our nation ready to make this transition.”

Emma Foehringer Merchant
The Dutch are building bike lanes from used toilet paper.
Two dire studies show the world is on the brink of locking in dangerous levels of climate change.