Just what we needed

Related: Have you seen any ads like this in your newsfeed lately? 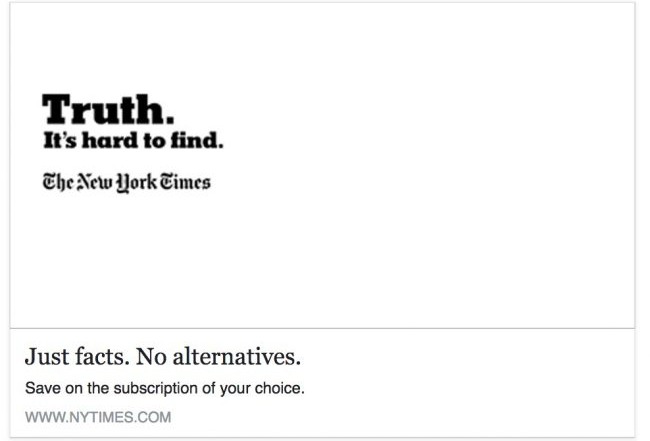 Well, here’s a fact: The Times announced this week that Bret Stephens — a longtime climate science denier and current editorial deputy editor at the Wall Street Journal — is its newest op-ed columnist.

“He’s a beautiful writer who ranges across politics, international affairs, culture, and business, and, for the Times, he will bring a new perspective to bear on the news,” Times editorial page editor James Bennet wrote in a glowing announcement.

Yup! A brand-new perspective from another middle-aged white male who once described climate change, institutionalized racism, and campus rape as “imaginary enemies.”

In recent months, the Times has been aggressively expanding its climate coverage as “climate and environment reporting is taking on new urgency.” Now pit that move against hiring Stephens, whose Pulitzer Prize–winning commentary includes gems like this:

Here’s a climate prediction for the year 2115: Liberals will still be organizing campaigns against yet another mooted social or environmental crisis. Temperatures will be about the same.

In fact, the Times’ own climate coverage begs to differ.

Kate Yoder
This documentary series spotlights people taking science into their own hands.
Meet the fixer: This developer built an app for food waste.