The pope’s gift to Trump is the subtlest shade we’ve seen all week. - Grist 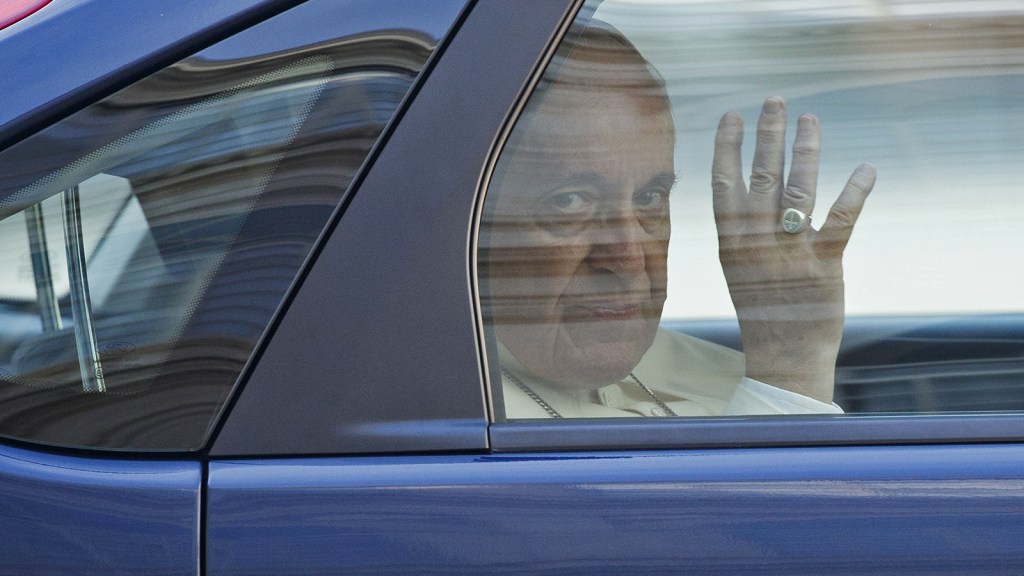 The pope’s gift to Trump is the subtlest shade we’ve seen all week.

During his trip to the Vatican this week, President Trump received a thoughtful present from Pope Francis: Laudato Si, the encyclical on climate change the pontiff published in 2015.

Francis slipped the slim book in with a few of his other works on peace and economics, real smooth like.

Based on reports of Trump’s disinterest in delving into lengthy material during his intelligence briefings or just reading, it seems unlikely that he’ll keep his promise to get through the entire encyclical. “Laudato Si” has more than 40,000 words and leans on biblical references and emotive language (Mother Earth pops up a couple of times). It also makes grave warnings about climate change and its threat to humankind, a risk that Trump has downplayed and denied.

So how could Pope Francis have encouraged Trump to read his encyclical? A few suggestions:

Of course, Pope Francis could have ribbed Trump about being able to hold a book with such tiny hands but the pope seems too classy for that.

Emma Foehringer Merchant
Apple pie may not be as American as you thought.
The new American dream is being woefully anemic WHILE throwing away all your nutrients!