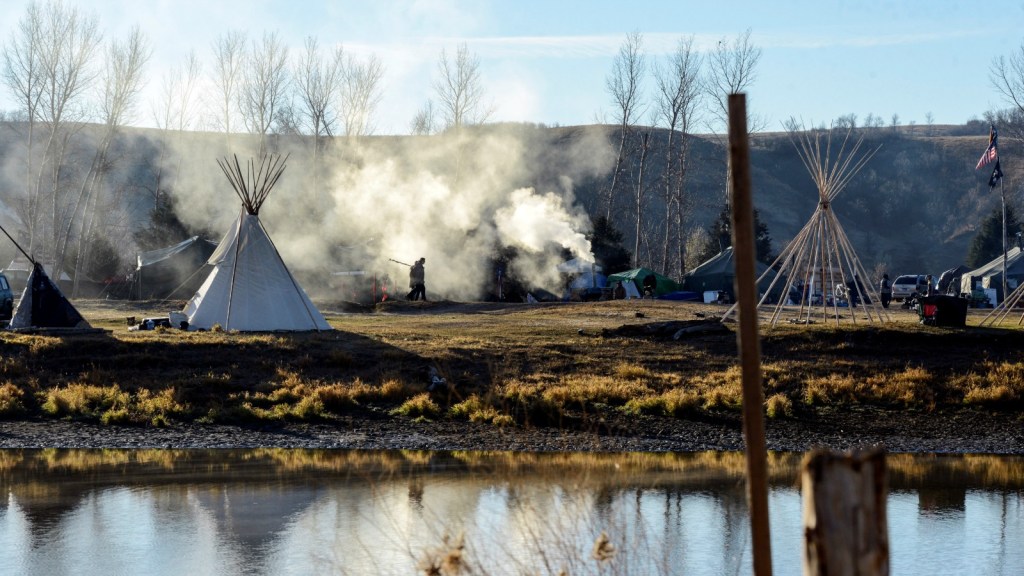 Following a unanimous vote from the tribal council, hundreds of people must all clear out from the Cannon Ball district by Jan. 30. The order affects all three protest camps in the district: Oceti Sakowin, Rosebud, and Sacred Stone.

The council highlighted the danger of spring snowmelt, as the camps all sit in a flood zone.

The Sioux have also experienced mounting economic pressure from the continued blockage of Backwater Bridge on Highway 1806, the district’s primary road to work and the local hospital.

“Moving forward, our ultimate objective is best served by our elected officials, navigating strategically through the administrative and legal processes,” the Standing Rock Sioux Tribe wrote in a statement.

If the camps fail to clear, the Cannon Ball District will request help from federal law enforcement to remove anyone who attempts to stay in the camps, according to district representative Cody Two Bears. LaDonna Brave Bull Allard, the founder of Sacred Stone camp, reportedly has no plans to close her camp, and did not attend the council meeting announcing the Jan. 30 evacuation date.

Sabrina Imbler
Trump moved to push through the Keystone XL and Dakota Access pipelines, but it’s not a done deal.
Trump is muzzling public servants and scientists.