The Standing Rock Sioux will soon march on Washington. - Grist 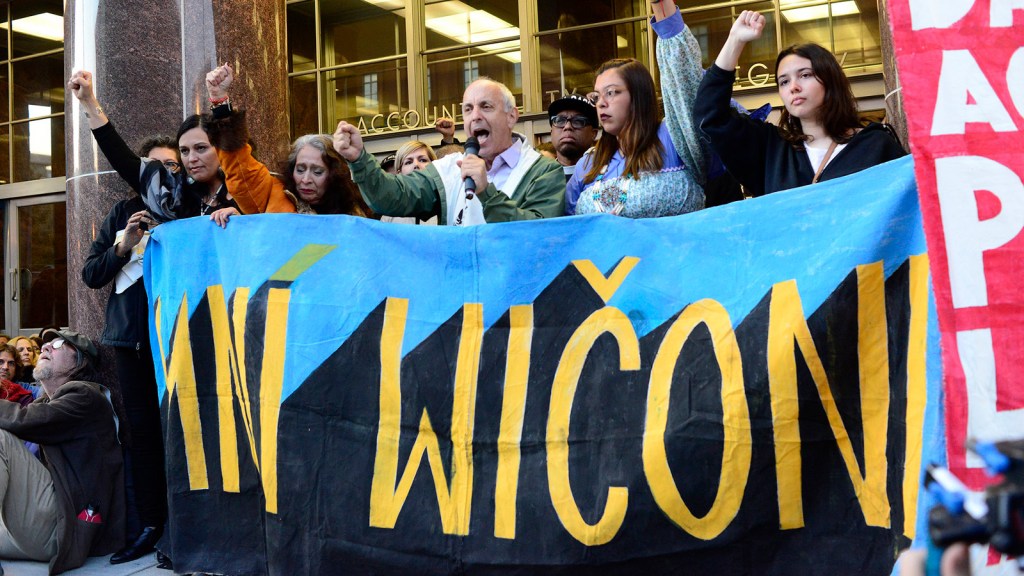 The Standing Rock Sioux will soon march on Washington.

On Wednesday, the tribe announced that the Rise With Standing Rock Native Nations March will happen in D.C. on March 10. That’s more than a month before the March for Science and the People’s Climate March.

The news comes at a time of rising tensions among the Standing Rock Sioux and other water protecters who are fighting construction of the Dakota Access Pipeline in North Dakota.

The tribal council requested that the three main protest camps disband by Jan. 30, but the founder of the Sacred Stone camp, LaDonna Brave Bull Allard, has refused. And this week, after news emerged that the Army Corps is moving closer to issuing a permit for the disputed section of the pipeline, Allard asked water protectors to return to Sacred Stone. In response to an announcement of the march on Facebook, Allard commented, “Standing rock betrayed the water protector.”

Separately, activists at a new protest camp (unaffiliated with the tribe) also refused to disband. On Wednesday, local police raided the camp and arrested 76 people.

Meanwhile, a group of veterans continues to stand in solidarity with the Sioux, claiming, “That pipeline will not get completed. Not on our watch.” Come March 10, that watch will likely grow by thousands.