The state of the nation is poor. The State of the Nation's River report, however, is nice. - Grist 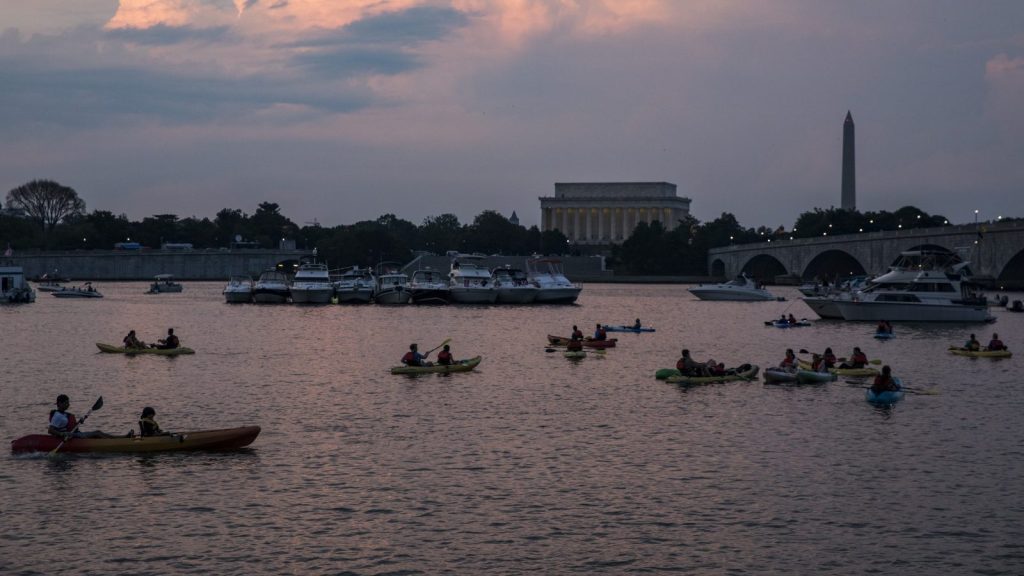 The state of the nation is poor. The State of the Nation’s River report, however, is nice.

Did you know that rivers get report cards? The Potomac, once a filthy cesspool contaminated by the curses of a thousand frustrated senators, just earned its highest grade ever from the Maryland-based Potomac Conservancy. It got a B, which parents around the world will assure you is a “perfectly good grade.”

Right on the heels of the newly revived Chesapeake Bay — which is finally flourishing again after a three-decade cleanup effort — D.C.’s signature waterway could soon be clean enough to swim in. It received a D in 2011; but since then, better waste treatment measures have been put in place, runoff from streets has decreased thanks to a fairly new city policy, and some efforts by environment groups to mitigate water pollution from agricultural operations along the river have worked.

In order to grade the river, the Conservancy looked at things like returning populations of American shad and bottlenose dolphins, the increasing numbers of breeding bald eagles, and the health of protected forests lining the watershed. Conservationists warn that the river could backslide rapidly if cleanup efforts lag.

You know the old adage: If you completely fail to clean the metaphorical swamp, focus on the literal one! Wait.

Zoya Teirstein
The EPA is making ‘transparency’ look a helluva lot like censorship.
Did the EPA borrow its latest PR strategy from my teenage self?