The stem cell burger is back, and this time it might even be affordable. - Grist

Dead Or Alive? Who Knows 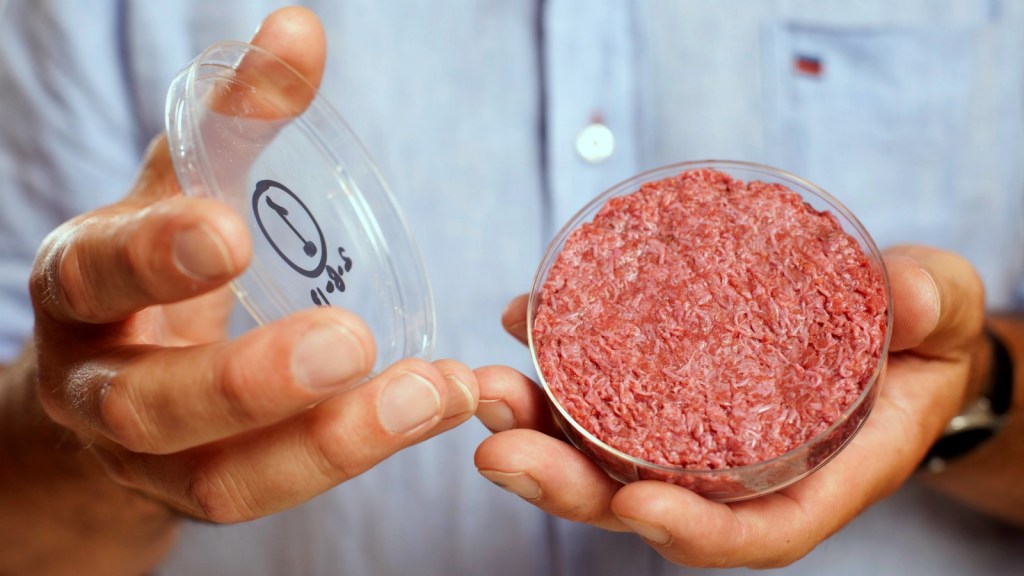 The stem cell burger is back, and this time it might even be affordable.

But if that same burger were to be mass-produced today, it would cost $10 — a little more than two Whoppers — according to Mark Post, its creator, in an Arkansas Online interview. Post expects the wallet-acceptable, lab-grown burger to hit the market in five years.

The initial jarring price tag can be largely attributed to Post’s investment in the lab technology, which works a little like this: He grows the meat in a petri dish using bovine stem cells. That animal tissue builds protein and muscle fiber, just as it would in a live cow.

Post has been tweaking the pricey process for a decade at his lab in the Netherlands, and his next step is to incorporate fat into the burger to bump up the flavor.

The meat industry has kept a close eye on meat alternatives in 2016 as companies develop ways to mimic meat without crowded feedlots and gassy emissions. There’s the plant-based Beyond Burger that “bleeds” beet juice, its competitor Impossible Burger, and the first petri-dish meatball from Memphis Meats.

Guess that whole “meat is murder” thing is really going out of style.

Kate Yoder
Will an obstinate Senate help heat up the planet?
Trump and Clinton have one more shot to address the biggest issue of our time.