The sun keeps turning an apocalyptic shade of red. Here's why. - Grist 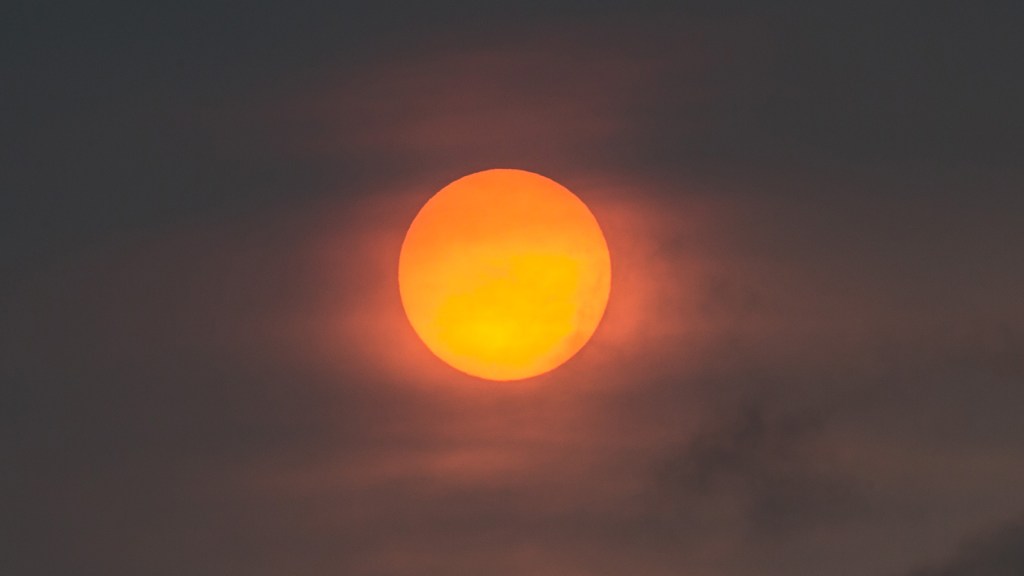 The sun keeps turning an apocalyptic shade of red. Here’s why.

In parts of the United Kingdom Monday morning, people woke up to a blood-red sun — a phenomenon seen around the globe this year.

The color was caused by smoke that blew in from wildfires across Portugal and Spain. Hurricane Ophelia deepened the reddish hue by dragging up dust from the Sahara.

Red skies have haunted the western U.S. recently as wildfires burned in Montana and ash rained down in Seattle. This month in Northern California, 20,000 people evacuated from massive wildfires under a red-orange sky.

On the other side of the world, wildfires burned in Siberia all summer long, covering the sun with enormous clouds of smoke and ash.

To understand why this happens, you need to know a bit of optics. Sun rays contain light from the whole visible spectrum. As the sun’s white light beams into the atmosphere, it collides with molecules that diffuse some of the wavelengths. On a normal day, short wavelength colors, like purple and blue, are filtered out, making the sun look yellow.

But high concentrations of light-scattering molecules in the air (like smoke particles from a wildfire) crowd out more of those short-wavelength colors, leaving behind that hellish red color.

Since climate change makes wildfires worse, we’ll be seeing a lot more of it.